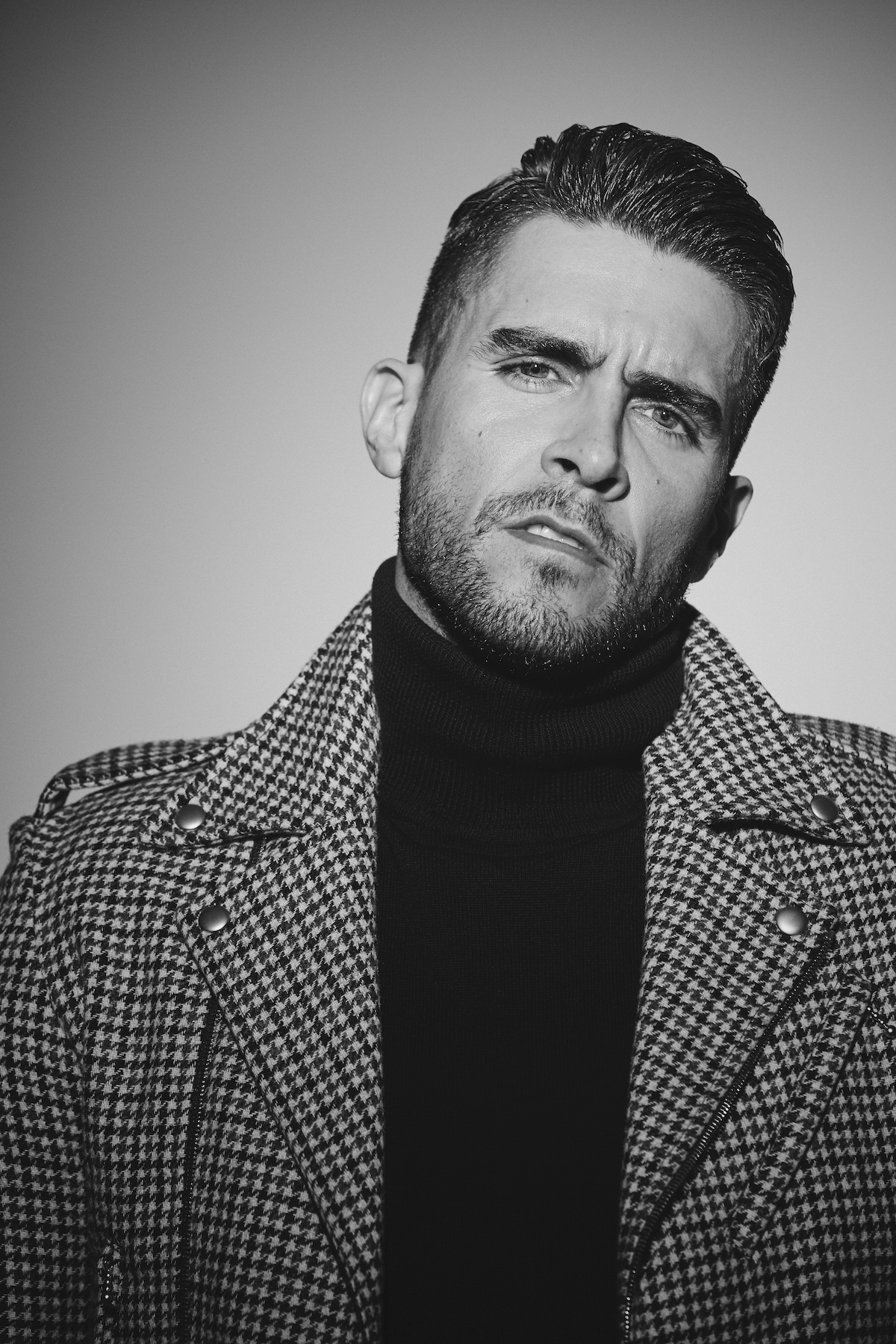 Handsome actor Josh Segarra—recognized for his roles in “Arrow,” Siren,” “The Good Cop,” “Trainwreck,” “Overboard” and “Orange Is the New Black,” just to name a few—will be portraying “the villain you love to hate” as Hector in Netflix’s “AJ and the Queen,” a 10-episode dramedy, co-created by Emmy winners RuPaul Charles and Michael Patrick King.

The series stars RuPaul as drag queen Ruby Red, while Segarra portrays her boyfriend. The series, which is already creating a buzz, will premiere Friday, January 10, 2020.

From your point of view, what kind of character do you portray?
I play Hector, so you meet me as Ruby’s boyfriend and business partner. Then you likely find out there’s a darker side to Hector. I end up taking and stealing $100,000 from Ruby.

The plan was for Ruby to open a club with Hector, but that plan was kabashed. Off Ruby Red goes in his RV to make that money back, and then hilarity ensues.

While he is on the road to trying to recoup his money, what happens to you?
Hector ends up on the run as well. He is chasing Ruby Red the entire way and also on the run from the cops. Their paths intersect along the way.

How did you secure such a cool role?
It is such a cool role! I love to take a role like that. When you meet Hector, you think he is going to be one thing and he ends up being another. I love flipping it on it’s head and getting to see both sides of him. You come to wonder if it’s something that he does a lot or if it’s new to him, and I love fleshing that character out, or any character that I play, and seeing what kind of intricacies you can find in these people, and what makes them tick, and what makes them go off. You’re going to see him and Lady Danger, who’s played by the wonderful Tia Carrere. I’ve been hearing them described by Ru himself as a Boris and Natasha. We end up chasing them with some hijinks on the way. 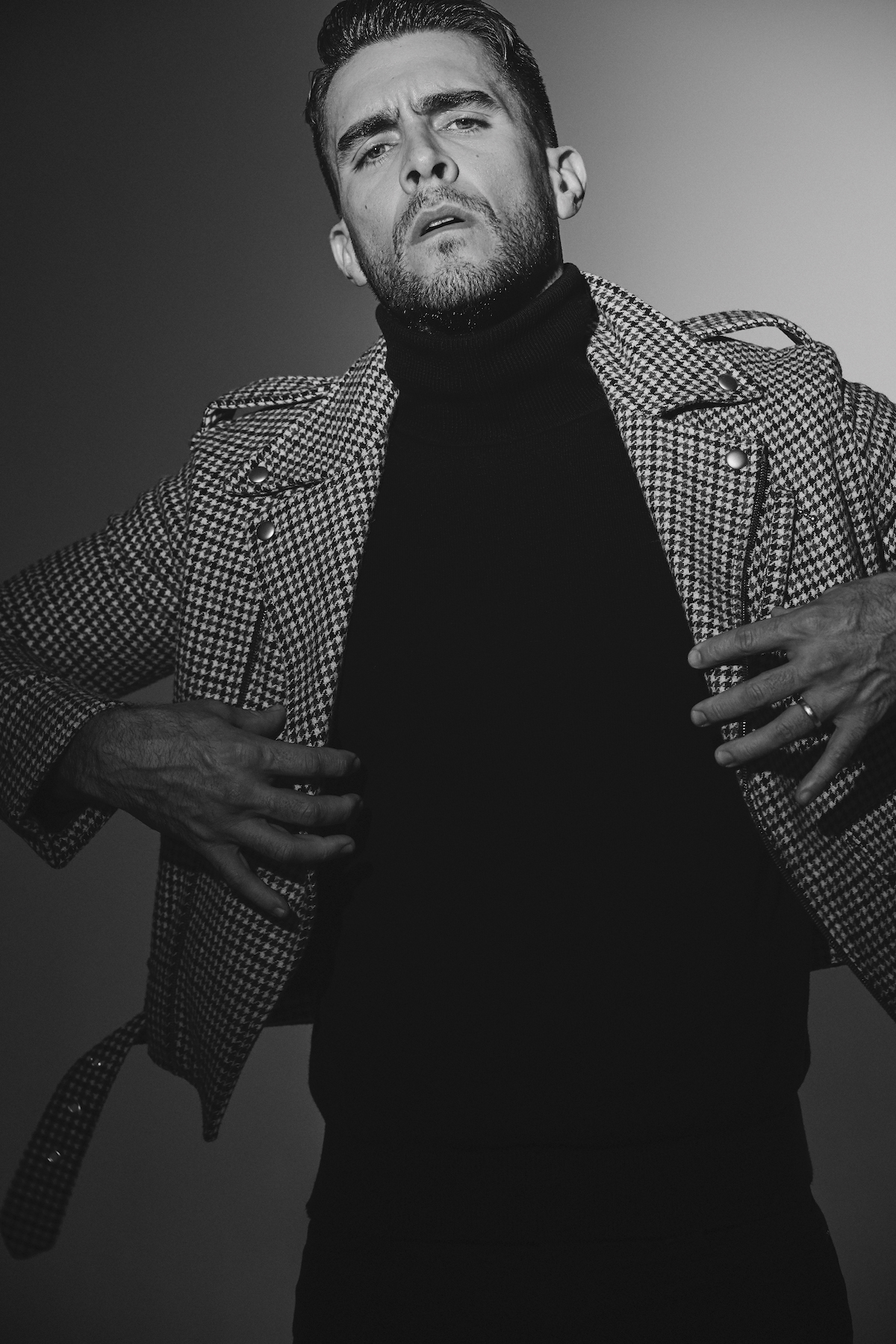 You have gotten some really great roles on “Arrow,” “Sirens,” “Orange Is the New Black.” Aside from being gorgeous and talented, how do you think you obtain these roles?
When I first started auditioning, when I was graduating from college, I was a Puerto Rican kid that was raised in the suburbs of Orlando. I’ve been in New York about 15 years now. I grew up in a Pentecostal church. Being part of the theater and singing in church taught me how to be in front of people. I grew up, and I came to New York City, and when I started auditioning, I’m not sure that they knew what to do with a Puerto Rican kid from the suburbs of Orlando. I wasn’t quite what they were looking for, for, let’s say, a drug dealer at the beginning of my career. I wasn’t intimidating enough. And I guess I really wasn’t whatever it was they were looking for on paper. I still have to say, those few years of auditioning, what it really did was it allowed me to always put my best foot forward when it came to the preparation for these auditions. I would be auditioning for characters that weren’t even described for me in the breakdown. But you learn quickly as an actor that you don’t even look at the breakdown. That’s for the director and the producers to decide. My job is to go in there and read the words that are given to me by the writer, and decide how these words are going to be fleshed out through me.

So those first few years I tried, and I was in “The Electric Company,” and I got to work with some people who really allowed me to find my voice. There would be a little something here and a little something there, but then I got to work in the theater in a play called “Lysistrata Jones,” which allowed me to be on stage and in a show on Broadway, and this allowed me to find my voice and to find my footing, let’s say. It’s funny, because when I really started to find my stride, and people started giving me chances to put my best foot forward, I started to realize that I wasn’t playing characters defined by my nationality. I wasn’t playing Puerto Rican characters. What I was, was playing for people that happened to be defined by who I am as a kid who happened to be from Orlando Florida. I had parents who loved me and supported me and got me here, to take these risks. I met my wife at 24 years old, and I had her behind me, and [she] let me know I could keep doing this thing. So now, that’s my wife and my son; I have this unit behind me. As a young actor, I think it was a combination of a couple of things. I didn’t quite know who I was yet as a grown-up. I didn’t know what I was as an actor. I was trying to find my footing. It was also kind of being at the convergence, at the right time for the business to allow a chance to show what we are. 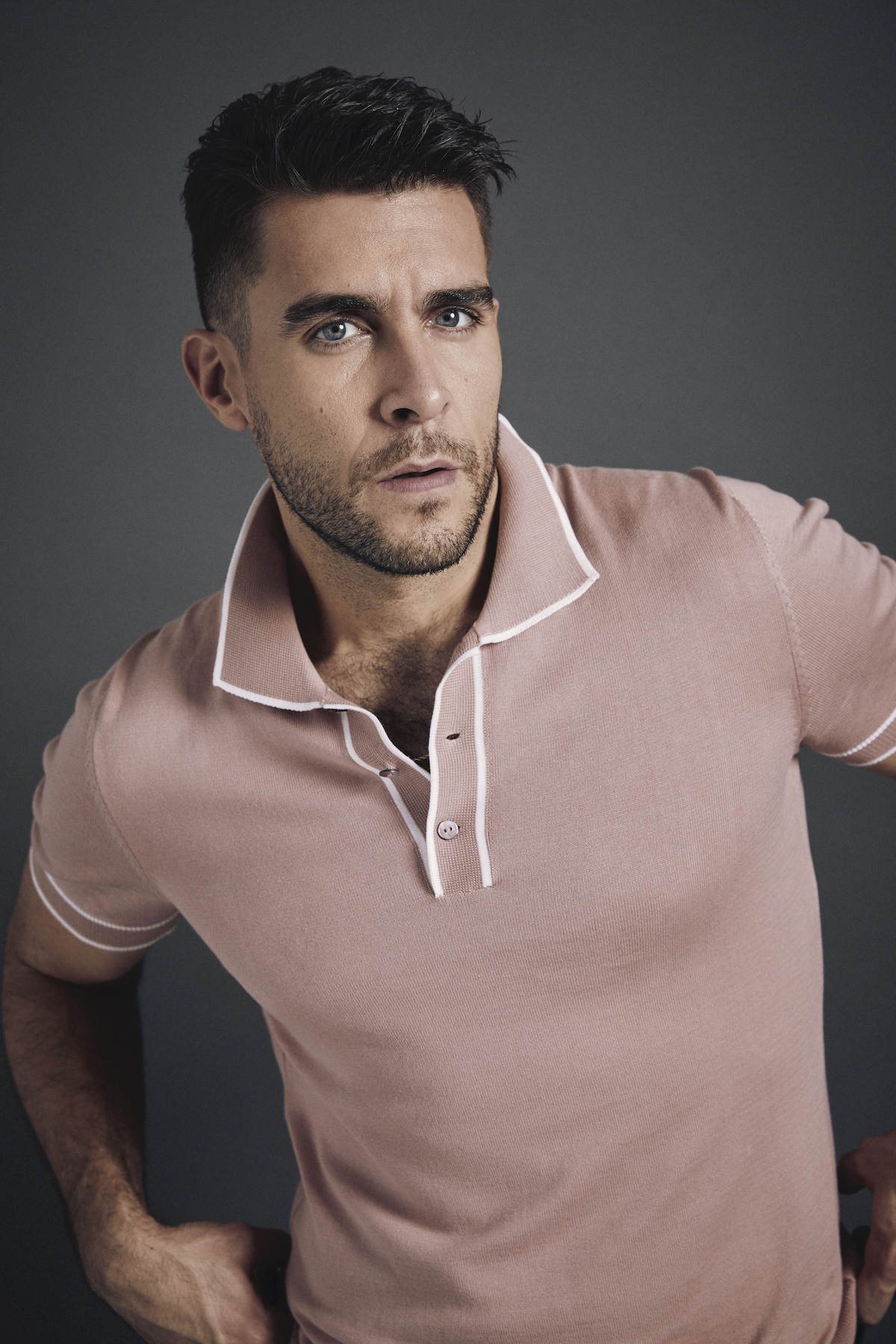 I didn’t even know you were Puerto Rican until just now.
That’s funny, because I got to play Emilio Estefan on Broadway. To me, what I was so proud about was I was representing a story that was not like my own. I came from parents that when they came from Puerto Rico, they had territorial rights, and it was all legal. They were still a fish out of water, and they took that leap. So I was representing, hopefully, this voice from all of us coming from a situation that was not specific to my own, to
my parents, but representing Cubans that had to take this migration. They had to take this leap. It was such an honor for me to tell that story.

As an actor, have you had your ultimate stage fantasy yet?
Oh man, I don’t know if I ever will. I feel like I’ve had a few times. You think you get it. You get up on stage, and then you finish it, and you think to yourself, “What am I going to do next?” I’ve gone back, and I’ve seen some shows that I’ve done, high school productions of them, professional productions of them, and I’m a big baby, so I’ll always end up crying by the end of the show. You remember the fire that you went through, you remember the people who came to see you when you were on stage. I remember when I first saw my first Broadway show. I remember my dad buying those tickets, and they were not cheap tickets.

They are still not cheap.
They’ve gotten even more expensive. It means the world to me to know that when I’m on stage, I know that people are there to experience it and that we’re on the ride together. I love that. So have I had my stage fantasy yet? I don’t know, because I think there are still more roles for me to play that I have to tackle.

If you could co-star with anyone, who would you choose? Do you have a bucket list?
I would love to be on stage with some people that I’ve admired for a long time. I would love to work on stage with Bobby Cannavale. I would love to work with Liev Schreiber on stage. I say them because they’ve had these careers that I admire greatly. They are in the theater, they are on screen, they are playing different roles that make you laugh, in another role they are making you cry. I love Matt Damon. I love Matt Damon because he has such a sense of humor about his career. You can tell that he loves what he does, but he also laughs along with it. That whole bit he does on Jimmy Kimmel, I love that. I know what he does with his family, and I admired from afar. Me and my wife discuss them, and we’d love to be like them one day. He’s a young actor and on top of his game. We’d love to live in New York City and have our kids going to school here and going to work here and being able to tell stories forever. That’s the dream right there.

That’s a cool dream. Have you had a role that was so challenging that when you were done with it, you were just so proud of yourself?
When I got to do Prometheus on “Arrow.” There was something about that. There was freedom in knowing Prometheus was going to be dead by the end of the season. We knew at the finale he was going to die. We didn’t know how; they told me that they were going to figure it out. The best time in my career was when they were saying that they were going to create this guy: “You’re going to appear in episode one. We’re going to reveal you in some way where it’s actually you.” They decided to start mapping this guy out. Of course I’m learning as we go. I’m reading the script maybe a month or two out before we shoot—that’s how that process looked. There were 22 episodes. I did those episodes maybe two months out, but along the way they would have conversations asking, “Where were we on the crazy scale?” We would say, “On episode four we’re about two to three,” so by the time they got to episode 15, they decided to reveal me and go full kilt there. It was time to just go berserk. I remember I didn’t sleep the night before the reveal. I was so nervous, because I thought they were going to be disappointed. But I was very honored by the fans the way they received Prometheus, aka AJ Chase, and I’d love to go back and play with those guys. I appreciate that they let me bring a comic book character to life and have our own twist on it. It was very special. 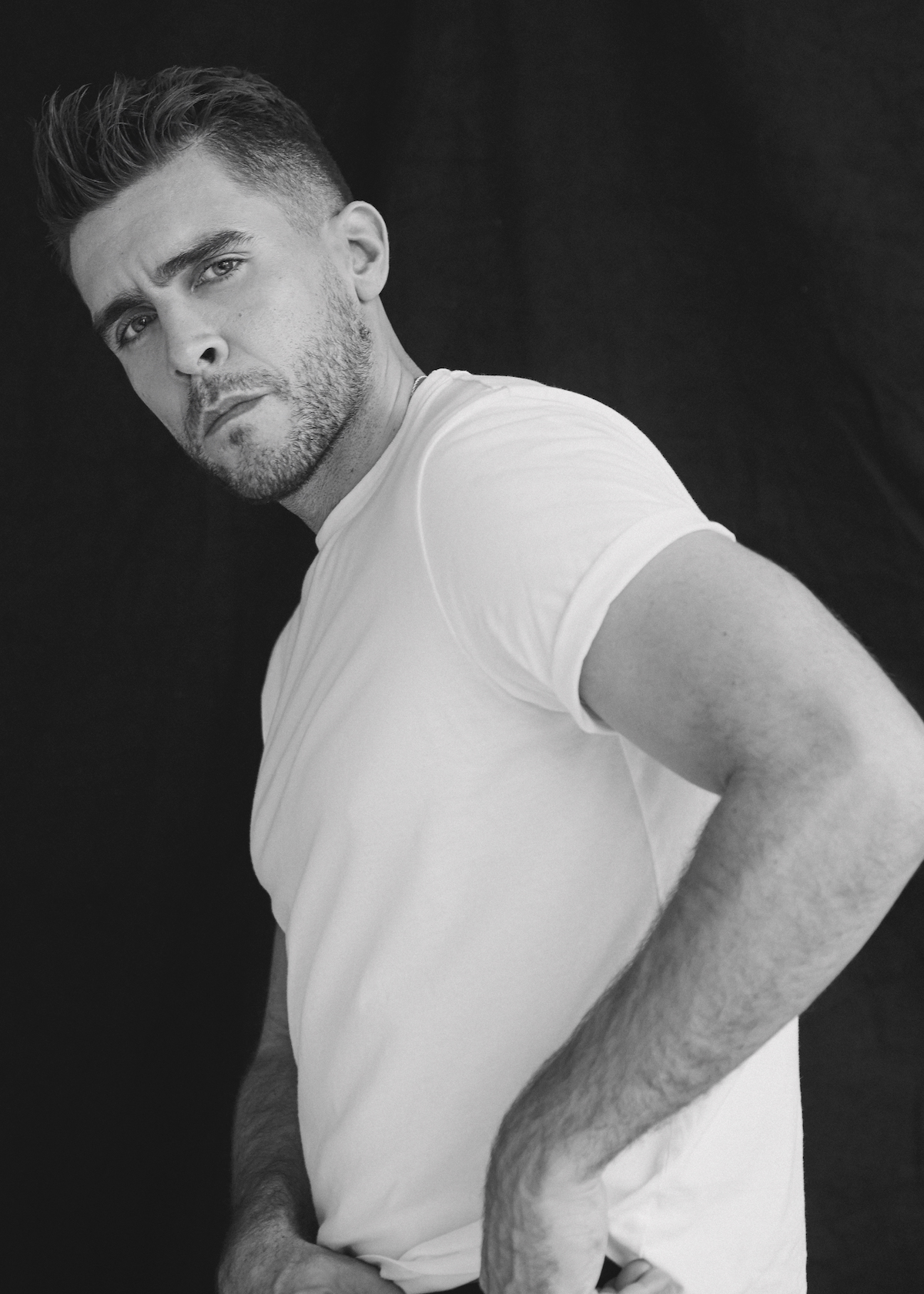 You are a great interview.
Thank you, Eileen. These are fun questions.

What would that be?
I’d probably manage hotels. I love staying in hotels. I love the way they smell, I love hanging out at hotels, in their saunas, in the gyms. I like to try the room service the first couple of nights I’m there to see how well that’s going to scope out. I like to find my usual spot, because obviously actors are like gypsies. Especially with my little family, we’re like a little traveling circus. 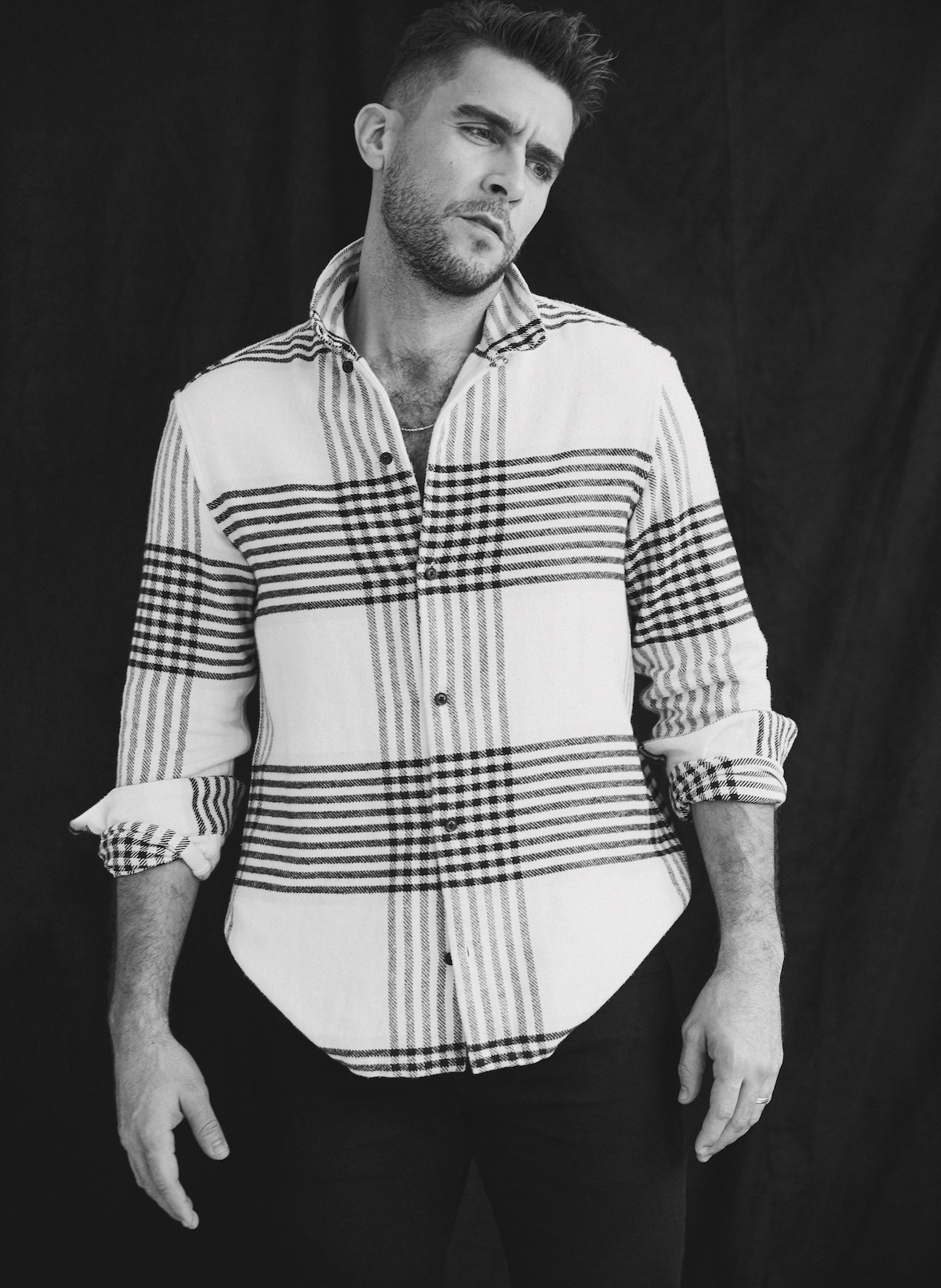