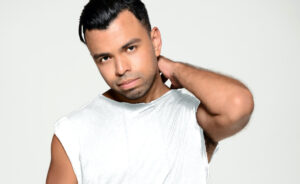 Latino out artist Joey Salinas is out today with his new single and music video, “Wonderland”.   It is a soft, ethereal pop song with a Latin vibe about the blissful feeling of being in amor… perfect for the spicy spring season of love!

“I wrote and produced ‘Wonderland’ because I love love,” Salinas explains from his LA home. “It’s a great feeling to have and a wonderful state of mind to be in.”

“Wonderland” is the third video release from Identity: Chapter 1, his strong pop album sprinkled with dance, R&B, rock, Latin fusion, and electro beats.  Each song on the album represents a different facet of Joey’s life.   The title track reflects on the many shades, colors and textures of Joey Salinas. “Stomp” attests to the importance of having a goal and then the driving force to achieve it; and “My Time,” with a video scheduled to release soon, is about self-worth and not allowing anyone to define you.

The combined message of all the tracks on Identity: Chapter 1 is that it’s not how others see you that matters, but how you see yourself. “I’ve always marched to my own drum,” Salinas admits.  “And I’m constantly evolving as an artist and as a person.” 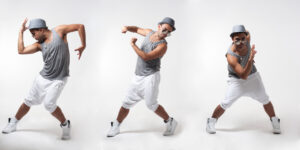 At different points in his life, there have been three versions of the singer: Joseph, Joe, and Joey. He depicts the different personalities with masked versions of each in the music video for “Wonderland.”

Filmed in black and white by choreographer and videographer Jason Anderson in Houston, the video matches the clean sounds of “Wonderland” with its crisp, sharp look. The nature setting represents how love brings life and feeds the soul.  The imagery is vibrant with lush trees and water. Lots and lots of water.

“My favorite element in the video has to be the waterwall,” says Salinas. “And the ending… you’ll have to see it to understand why I like it so much.” 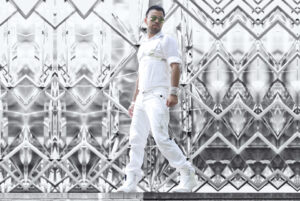 Joey Salinas was born and raised in northern Virginia, the oldest of four children.  He was of the latchkey generation, so spent a lot of time alone in his bedroom with his music.   Mariah Carey, George Michael, Aerosmith, and Janet Jackson were his favorite pop artists and they remain a strong influence today.

Much of Joey Salinas’ music today explores the many facets of his identity. He is a strong believer that representation matters and while his songs’ sounds and subject matter are mainstream and universal, he expresses them from his own unique perspective as a gay man of Latin descent.

Joey Salinas’ “Wonderland” is available now on Apple Music along with all tracks from Identity: Chapter 1.