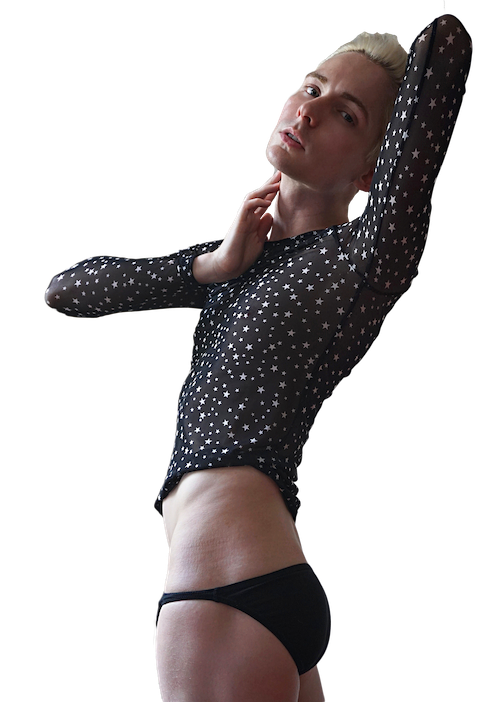 Things were not good after The Ex Fiance found out I sent a “sexy” photo to another guy.

Which, fair enough. No, I didn’t cheat on him with his best friend or anything like that, but sure. I sent someone a photo with intent to excite, while in a committed relationship (with someone who wasn’t paying any attention to me).

One night, his friend Mar invited us both out for drinks in Hell’s Kitchen. I got dressed up in a pair of hot pink silk shorts and a black wool hat. “Tonight,” I told myself, “I’m going to remind him what makes us special.”

But once at the bar, he immediately ordered a shot of tequila, pounded it, and ordered a bourbon on the rocks. I ordered a fruity girly drink and sipped it slowly, watching him drink the night away.

Mar made sure to keep me included. “This is Ian-Michael,” she gushed, introducing me to another friend. “He’s going to be a famous writer someday.”

“Don’t say that,” The Ex Fiance spat from next to me, turning his head. “He doesn’t need that kind of positive reinforcement; he’s vain enough.”

Mar and I looked at each other for a long, awkward moment. Nobody said anything, until The Ex Fiance ordered “Another bourbon, maestro!”

Around midnight, The Ex Fiance paid his rather large tab, and I paid for my two girly drinks. “I just got invited to something a few blocks away,” he mumbled. “I’m gonna bounce.”

“Wanna go together?” I asked. He looked at me for another long, awkward moment before deciding, “Sure.”

As we walked down 10th Avenue, I kept trying to grab his hand, to lace our fingers together, to remind him we were together—but he kept pulling away. “Jesus, can you just hold my hand?” I snapped.

“FUCK YOU!” he screamed, turning around. I stood there, motionless, speechless. “Fuck you and everything about you. Fuck you for doing this to me!”

“Maybe you can’t!” He put his hands over his face; pulled them away. “You broke it, Ian-Michael. YOU FUCKING BROKE IT.”

He turned around and kept walking, and I stood there, watching him go. He didn’t turn around, not once, and then he was out of sight, and I was alone.

Maybe I did break it. Maybe he broke it, in 2011, in Iowa, when he slept with my best friend while we were engaged. Maybe it was always broken, like a pretty typewriter you buy in a vintage shop that you know will never actually work. I bought our thrift store typewriter and I put in on display, for years. But The Ex FIance hadn’t tried to write on it in years, and I longed for a typewriter that could actually write my story.