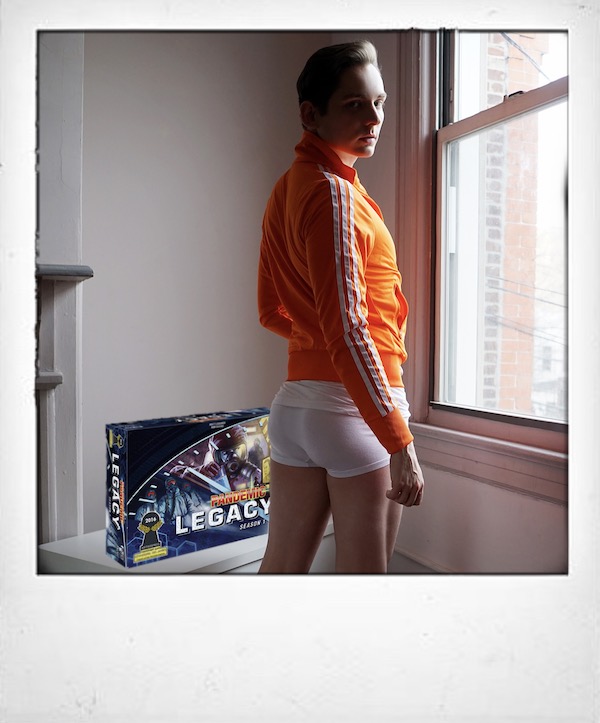 During these cold months, when rooftop bars and trips to Riis Beach are out of the question, I spend a lot of my days off playing games.

I don’t play many video games—nothing against them, I’d just rather be with my friends than sitting alone in my apartment all day—so I usually make my way over to my friend Jack’s house for board games.

Someone gets the coffee, someone else gets the bagels and cream cheese, someone always makes sure to bring the booze, and we settle down for a day in.

We tried Dungeons & Dragons once—hey, don’t knock it ‘til you’ve tried it—but we couldn’t get a consistent group together frequently enough to do it. (Which means that my half-orc monk is still sleeping under a tree in the forest, resting before an attack on a troll.)

Last winter, we (just barely) finished a game that tested the limits of our friendships—Risk Legacy. (It was my Christmas gift to Jack.)
I’ll admit I find regular Risk a tad boring, but Risk Legacy—filled with plot twists and goops galore—was much more interesting. The 15-round game (yes, 15 rounds, which we played over two months) is filled with so many ever-changing rules (you even place stickers that permanently change the board each round) that we were constantly at each other’s throats

while our little plastic figures watched us fight. In the end, we had to make a charter, including rules like, “No more than two rounds in one sitting” and “If you drink during the first round, there will be no second round.” Without any spoilers from the game, I’ll just say that a controversial win had half of us saying we didn’t actually finish the final round.

Nonetheless, we moved on, playing simpler games like Scythe, Settlers of Catan (and the never-ending expansions and versions of), King of New York (a particularly fun game without too many rules), Munchkin, Bang and Coup (my favorite card game of all time).

Just last week, we started a new legacy: Pandemic Legacy. (We hope that perhaps a co-op Legacy game won’t need a charter and wouldn’t have us screaming at each other over rules and back-stabbing moves.)

While a bit topical during the Corona-Virus outbreak, it’s a fun and challenging game that has four of us trying to cure and eradicate diseases ever-spreading across a board of the world map. (Its rounds are set by each month of the year—we’re currently in April.) None of us has tried to kill the other in real life—yet…

Of course, if you’re just not into board games I suppose Mario Kart will do—but I absolutely suck at it… And I call Princess Daisy!