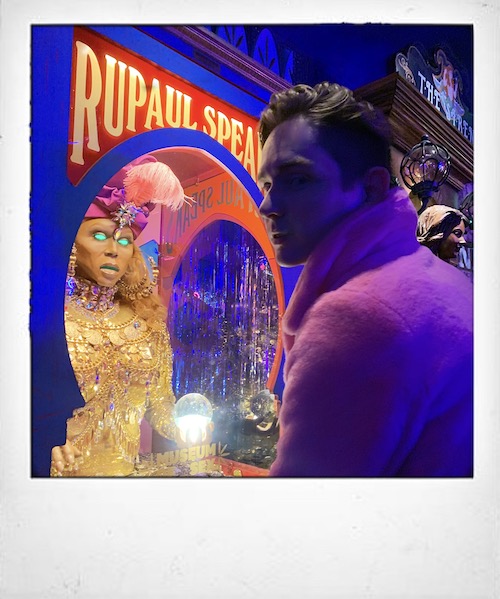 I’ve never been a big fan of the Museum of Sex—frankly, the exhibits are fairly small and boring for a “Museum of Sex”—but I rarely pass on a free excursion.

We got to the Museum of Sex and waiting in line—even though we had pre-purchased promotional tickets for 5:00. The line started when you first walked in, and ran all the way to the back of the museum. Once we retrieved our tickets, we walked back past the entire line again, up to the top floor of the museum, and then waited in another line to get in.

Downstairs, my friend and I decided what we would wait in line for, as everything had a line. We decided to wait in the longest line first, for the “Tunnel of Love,” though we had no idea what we were actually standing in line for. Once we got to the front of the line inside a hallway, there was a poster explaining that it was a 4-D experience—shouldn’t that poster be near the front of the line? The experience lasted for about five minutes, only 1/6th of the time we spent in line to see it.

Then we stood in line for what I consider the best part, a “RuPaul Speaks” modeled after Zoltar Speaks (as seen in the movie Big). The line wasn’t long, but three people before our turn it ran out of fortune tickets, which took about fifteen minutes for staff members to re-load. (Next to RuPaul Speaks was an interesting looking mermaid game, but it was broken down.) I couldn’t hear RuPaul talking over the chatter of everyone in lines surrounding me.

On the next floor down, my friend stood in line to ride a mechanical bull (one that never went hard enough to actually throw you off), then we stood in line together to play a sort of Whack-a-Mole—except it’s dicks coming out of a glory hole. Genius! Unfortunately, that broke down while we were in line, so we went to a “kissing meter” game—but heard the people using it saying it wasn’t working either.

We went down a slide to the first floor (note to self: I am way too old to go down a slide, whether it’s created for adults or not), which was just a bar: the carnival was over. 10/10 would not go back, and would not send any of my friends over—but at least I got a RuPaul Speaks fortune. “You deserve to have what you want, and not to put up with things that you don’t want.” Taking cue from my fortune, I left Super Funland—never to return.