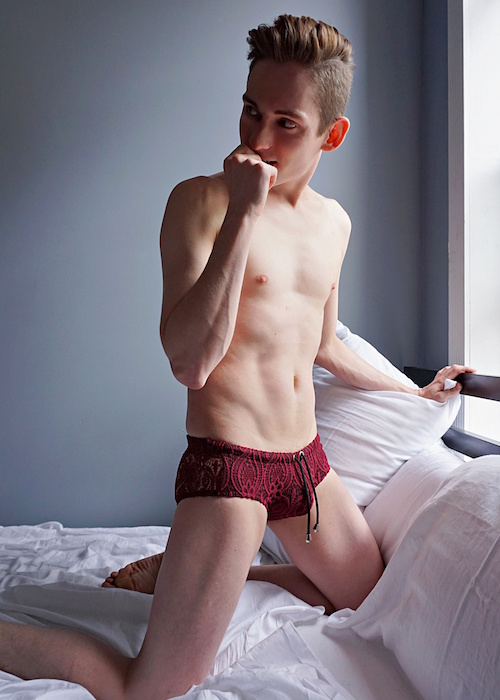 M and I started hanging out more and more as I adjusted to city life.

Whenever I wanted to go out, he was down. Rain or shine, he was always up to hang out.

Most of our nights consisted of me getting drunk and passing out on his couch, but as our friendship progressed, we started spending real, quality time together: Meeting at 10 p.m. to pregame at his apartment became meeting at 6 p.m. for dinner and a movie.

We found we both had a passion for old films, and he appreciated my generic gay-boy obsession with Marilyn Monroe and Audrey Hepburn. (“Sabrina” is my favorite movie of all time.) (And no, not “The Teenage Witch.”) We also, oddly enough, both loved “Adventure Time,” and it became the perfect thing to put on in the background while we talked for hours about past relationships.

M knew all about The Ex Fiance, and watched us get together and break up—time and time again. He’d been through a similar relationship himself, one with someone he loved but just wasn’t right for. We had a lot in common actually, regardless of his being older than I.

Despite becoming closer friends, we still had plenty of nights where we just went out and got wasted. I’d play wingman for him, he’d play wingman for me, or we’d just go back to his place to eat leftover Chinese food and pass out, sure to be hungover the next day.

One night, after a fair amount of margaritas, cranberry vodkas and white wine (a winning combo), we ended up back at his place, laying fully clothed in his bed.

“Worry about what?” he asked.

“I don’t know. Life. Love.” I stared at the ceiling, which was spinning ever so slightly. “I worry that The Ex Fiance is my soul mate, but he doesn’t see it. I worry that I’m not going to have another love like that. I worry that no one else is going to love me.”

“That’s ridiculous.” I turned and realized he was staring at me hard, seriously. “Anyone would be stupid not to love you.”

“Maybe.” I shrugged. “Anyway, I won’t stay young forever. I know that. I worry that this is my only chance.”

“You’re always going to be beautiful.” I looked at him again, at that serious face, so concerned about me, so protective.

“Maybe,” I said, stumbling forward to kiss him. He pulled away, but only an inch.

“Are you sure you want to do that?”

I giggled, sat up and took off my t-shirt. “What are friends for?” I asked playfully, kissing him again.

He didn’t pull away that time; instead, he reached down and unbuttoned my hot pink short-shorts, pulling me in closer, kissing me harder.

We didn’t have sex that night, but we did both get off. It was the first time I’d spent the night in his bed. Laying there the next morning, room still spinning, I wondered if you could have friends with benefits, or if I was just too damn greedy.