Frankie C’s New Film Shines the Spotlight on Being Bullied 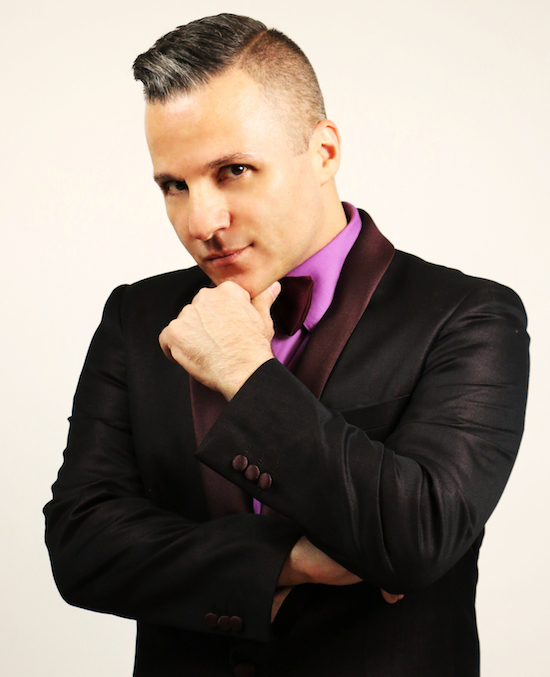 BULLIED: A True Story based on the Life of Frankie Cappello, is a controversial short film that depicts a young victim of verbal and physical cruelty at the hands of his peers. Written and produced by Frankie Cappello, better known in NYC as Frankie C, the short film follows a young boy growing up in Little Italy in the late 70s’ and early 80s’; a time when being different was even less accepted than it is today. Audiences are whisked into the hidden world of kid-on-kid abuse that many school-aged children are forced to endure when their parents aren’t around the see. The film is currently touring festivals across the USA and will screen at Manhattan Film Festival at Cinema Village on April 26. 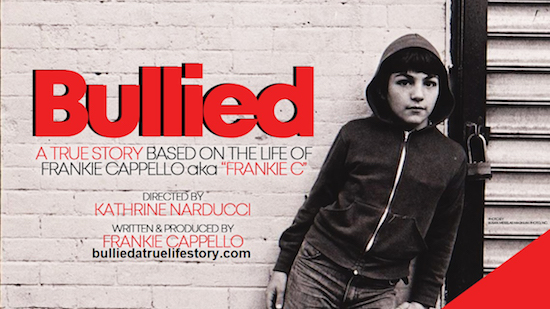 Would you say that “BULLIED” relates to everyone?
Frankie C: Everyone can relate to “Bullied.” Either we’ve been bullied, were a bully or we’ve witnessed it. Bullying occurs everywhere and for so many reasons. People are bullied for their sexuality, gender, race, religion, class, appearance, behavior, body language, personality, reputation, lineage, strength, size, ability and age.

Why were you bullied as a youth?
Frankie C: I was bullied for being different, loving, caring and creative.
“BULLIED” takes place in the ‘70s. Is there more or less bullying today?
Frankie C: I want to be clear on this: bullying has always existed. I do think things are getting better because it’s no longer as hidden as it once was. It’s finally on the forefront and widely spoken about and action is being taken to put an end to bullying.

What made you want to put your story on the big screen?
Frankie C: After hearing all the stories on the news of kids being bullied and several of them taking their own lives, it was upsetting to hear and I knew I had to make my voice heard. I will always remember Matthew Shepard whose life was taken at the hands of others who had no love and compassion for him. Again, it was upsetting, and we should never forget what has happened to him. I want kids to understand they should never blame themselves for the actions of a bully and that they did nothing wrong by being who they are as a person. They need to focus on being the person who will make a difference in the world, and never be afraid to be who they are in life. Together, we can put an end to bullying.

How did you connect with your director, Kathrine Narducci?
Frankie C: Kathrine and I have been dear friends for a very long time. I spoke with her about the project and she expressed interest in it. She wanted to support the fight against bullying and with that she signed on as director.

She captures extraordinary moments of raw emotion and drama with the children in “Bullied.” How did she manage it?
Frankie C: Kathrine is a great actress and a brilliant director. She pulled out of each actor the human emotion needed for each character. As you can see in “Bullied”, her directing allowed the actors to breathe life into the scene, and she brought the realness of what is happening in the world today.

It’s a bit disturbing to watch. How have audiences responded to the film?
Frankie C: Yes, it is disturbing, and it puts before each person the truth in life and what is truly going on with kids. “Bullied” the story is shocking to parents because they never want to see their child as a bully. My hope is that after seeing “Bullied,” parents leave with a better understanding as to what kids are up to in school and on the playground.

When did Michael Musto join the project?
Frankie C: I chatted with Michael about the project and he signed on without question.

How did the story relate to him?
Frankie C: Michael was not bullied as much as he thought he would be as a child. Yet, he still suffered some name calling and a lot of isolation. He vowed as an adult to reach out to LGBTQ youth in need; to encourage and inspire them. Michael felt that participation in this film was a wonderful opportunity to do that.

What’s your message to today’s youth?
Frankie C: Today’s youth should never blame themselves for being bullied. It does get better, but you must demand it being better. Always keep your focus on being the best you can be as a person and never be afraid to be who you are in life. It’s your life. Always remember that and Be You, Do You and Love You. That’s all you can do. And for those bullying others: stop bullying… starting today.

For more information on where to go and who to reach out to go to bulliedatrue lifestory.com. 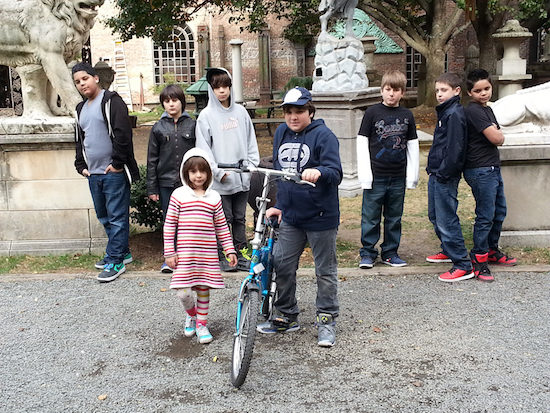