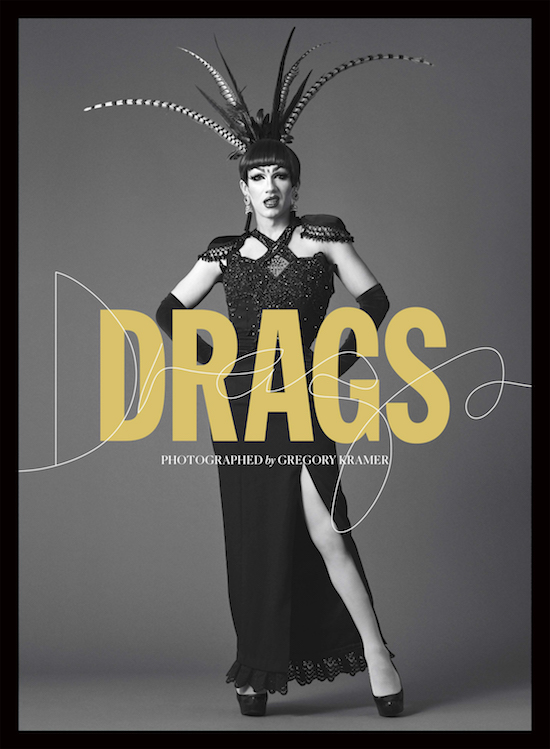 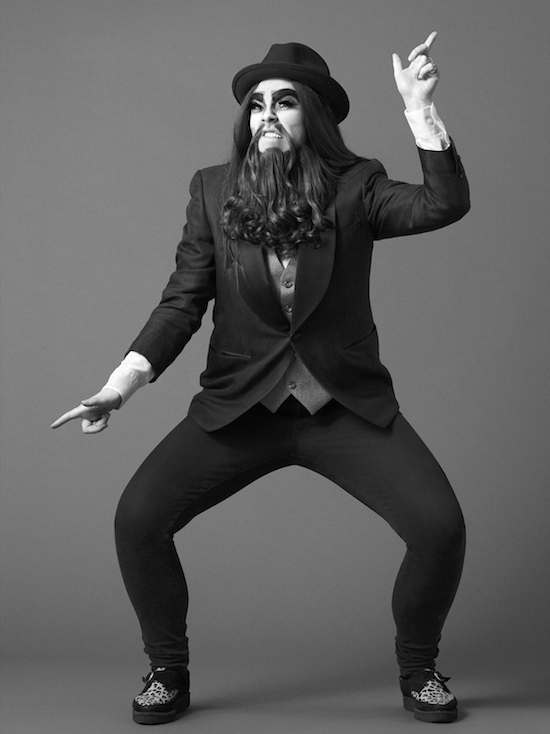 The project began back in February 2016 with a studio photo session with the legendary Linda Simpson. Over the course of the year, Kramer had the honor to shoot drag royalty including Lady Bunny, Flotilla DeBarge, Murray Hill and Sherry Vine, to name a few. But he also wanted to include up-and-coming stars such as Zeta Jones, Erika Klash, Bobbie, Ragamuffin and Sasha Velour (before her star turn on “Drag Race”). The last portrait Kramer shot for the book was a session with the legendary Sweetie in January 2017.
“Nearly all the photo sessions were one-on-one,” Kramer says. “The subjects would arrive in various states of drag or get ready at the studio. After hours of transforming themselves into their persona, the shooting began. After every shoot we would sit down and edit the photographs down to our favorite ones. Everyone left the studio feeling excited about their shoot. I think part of the success of the book was working together and really listening to how each person wanted to be perceived in the photograph.”

In addition to the photos, Kramer reached out to Charles Busch, Linda Simpson, Sasha Velour, Goldie Peacock and Sweetie to pen essays about drag. Here are a few excerpts. 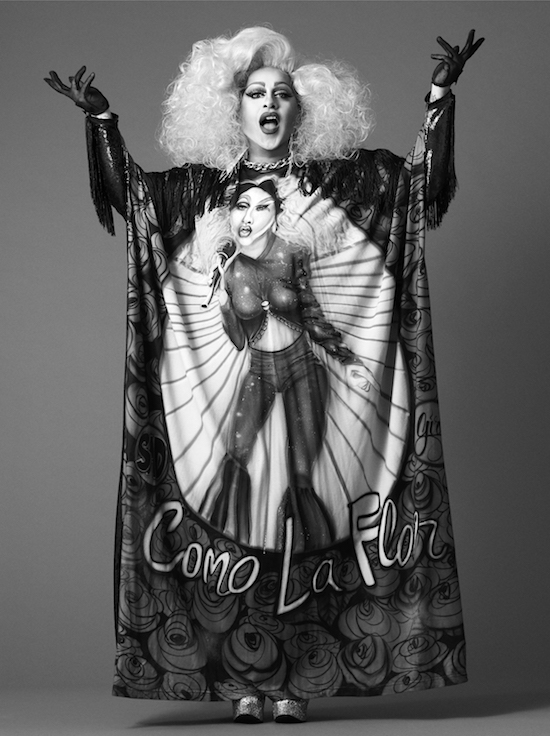 Charles Busch
“For the past 40 years I’ve earned my living as a drag artist. Performers of my generation and the ones preceding me have bristled at being labeled ‘drag queens.’ We felt it was patronizing and denied us the dignity of being simply accepted as entertainers or actors. My younger colleagues today celebrate that term. Being a drag queen is a source of pride.” 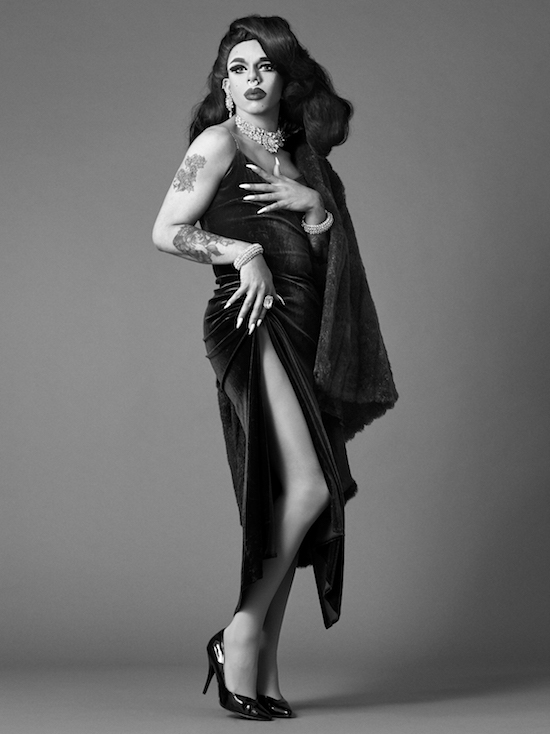 Linda Simpson
“After years of being shamed for my sissy persona, suddenly I was free to be as feminine as my heart desired as my alter-ego Linda Simpson. I wasn’t a fierce queen—I could barely lip sync—but my wisecracking ways led to work as a nightlife hostess, plus I carved a reputation as an underground media maven. I had found an identity and a welcoming tribe of like-minded people.”

In addition to publishing the book, Kramer wanted to give back to the community and approached The Ali Forney Center (AFC) to be the recipient of profits from sales of the book.

AFC is a New York-based not-for-profit and is the largest agency dedicated to LGBTQ homeless youth in the country. It assists nearly 1,400 youth per year through a 24-hour Drop-In Center, which provides over 70,000 meals annually, medical and mental health services through an on-site clinic and a scattered site housing program.

The “DRAGS” book launch was at the Highline Ballroom on September 7, 2017, benefitting AFC. The night consisted of a drag revue of the performers from the book, raising $40,000 for the center. The night was such a success that the event will become an annual fundraiser for the AFC.

“DRAGS” can be purchased at Rizzoli bookstore, Barnes & Noble and directly from the publisher online at DragsBook.com. 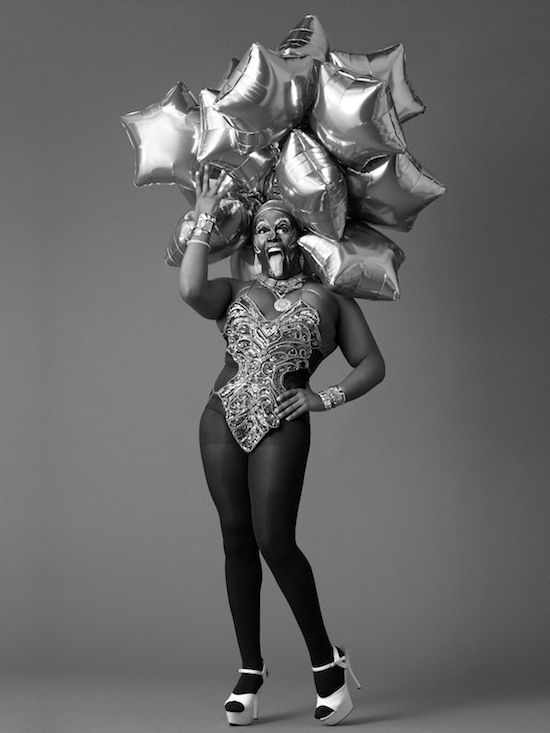