Jan (RuPaul’s Drag Race Season 12) stars in the live, drive-in concert JANNIFER’S BODY — a blood-soaked love letter to queer horror and the emo-punk music of the early millennium — presented by queer performance collective The Neon Coven. Featuring a screening of the cult classic 2009 film Jennifer’s Body, along with the music of Avril Lavigne, Panic! At The Disco, Kesha, and more, this one-night-only experience is happening on Thursday, June 3rd at Radial Park in Astoria, Queens. Tickets are on sale now at www.theneoncoven.com. We talked to Jan (the drag persona of Charlie Mantione) about this dark and fabulous re-awakening.

Hello, Jan. You’ve been singing since a young age. We all wish we could go back in time and see your performance as Troy Bolton in High School Musical Live. Did you always know you wanted performing to be your career?
Ah, yes, my peak!!! [Laughs] Most people peak in high school, but I peaked in middle school!! But for real, I knew when I sang “Reflection” from Mulan for that audition (an audition to play a jock basketball player) that being a performer–and a very queer one at that–was my passion. It’s funny because playing Troy made me realize just like him that being an athlete before I did theater was great and all, but I loved performing more. And honestly, I was better at it much faster!

What was your introduction to queer nightlife? Did you dive right into drag or was discovering drag unexpected?
My introduction to queer nightlife was performing as The Cosmic Generation in Boston, led by my best friend, Andrew Barret Cox. I had known Andrew YEARS before I even stepped into a queer space, but he led me into my early nightlife experiences. The exposure to all the amazing drag performers, bartenders, and other staff made me feel a part of something bigger than myself, and those early experiences would eventually give me the confidence to walk back into those spaces in a new way years later — as Jan.

Being on Drag Race (and becoming an instantly iconic meme) has afforded you such a wide audience. What do you most want to share with the world?
Well, first I’d love to rule it, and then I would just like to share the sense of community and acceptance with everyone. Growing up and feeling isolated at an all-boys Catholic school, I’ve realized, left a hole in me. I wanted so badly to be accepted by all these people, and I never got that. I think because of that experience, I want others who have gone through similar things to realize that they’re not alone. When I’m at a club hosting a show, the most ostracizing thing I will ever say is that I am sorry to hear someone is from New Jersey, and even then…I, a native of New Jersey, can laugh about it as well. The last thing I ever want someone in a queer space to feel is isolated and so my goal is to make them feel the opposite: included.

What’s on your drag bucket list? What are you most excited to do, as Jan or as Charlie?
I really want to focus on original music. I would love to play festivals and tour an album (solo and with my girl group, Stephanie’s Child) and, ultimately, follow in RuPaul’s footsteps. I would love to host a show and pave the way for other queer people to live out their dreams. But before I do all of that, I would love to host a drag brunch for the women of The Real Housewives of Potomac.

What’s your favorite thing about working with the Neon Coven?
My favorite thing is that community that I was talking about wanting to give to others earlier. It’s a group of compassionate, funny, TALENTED, queer people who just want to take conventional theater, turn it on its head, and give something different. In my opinion, traditional theater is becoming stale and dreary. What The Neon Coven is doing is the future, and I love that more and more people are becoming aware of that.

Are you a longtime fan of the movie Jennifer’s Body?
I am, in the sense that I saw it twice when I thought I was straight because my classmates loved Megan Fox. I, too, was in love with her, but more so because I wanted to look like her, and WELL, HERE I AM!

JANNIFER’S BODY is a part of the Neon Coven’s Summer Performance Series Come On Out. For more information about the rest of the series, visit www.theneoncoven.com. 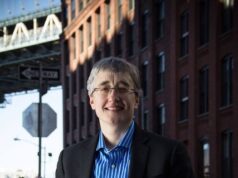 FIGHTING FOR MORE THAN EQUALITY 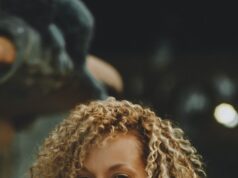