As a gay young man growing up in the corn fields of Iowa, Mike 1/2 Nelson admits to feeling of isolated.   He eventually found his niche within the artsy crowd.  They would wear outrageous costumes and put on theatrical shows in their town square.   It was at that time that he started writing music and continued through his years at the University of Iowa, where he also discovered his first gay bar, a tiny watering hole called “The Alley Cat”.

After college, he left Iowa to pursue music in NYC where he quickly gravitated towards the underground scene populated by drug addicts, prostitutes and scoundrels.  “They were nice to me when nobody else would be,” he remembers.  “And I loved the drama that they brought. They were fun and I have a soft spot for people who struggle because I have struggled myself.”

“The friends I had that were addicts or in the sex trade needed a lot of love,” he continues. “They didn’t just wear their hearts; they wore their entire souls on their sleeves. I learned it was easy to dress a wound that is always bleeding.”

He watched as some would eventually evolve into healthier occupations.  Others found their bliss going even deeper into the underground. “If someone is lucky enough to find happiness in this life, then go for it, baby,” he says.  “I really can’t judge. It’s a big tent. All are welcome.”

Hence, the name of his e.p., releasing June 12.    It features “Should’ve Known,” a minor chord pop song about a bad relationship, “Strong Heart,” an anthem about resilience, courage, and hope, and “Crazy World,” an ominous ballad that is meant to convey to listeners that it is ok to hit rock bottom.

“One thing that gives me hope for the world is witnessing the courage and devotion of the frontline heroes and hospital workers today,” Mike ½ Nelson adds.  “To get up every day and fight to help others when you’re putting your own life on the line. That’s a strong heart, baby.” 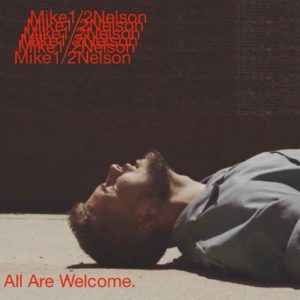 Mike ½ Nelson’s “Crazy World” is available now on Apple iTunes, Amazon, and all other major music retailers, with e.p. pre-order.  Follow him on Instagram.