From “Love To Love You Baby” to “Last Dance,” Donna Summer was the face and sound of disco music. Her countless hits became an essential soundtrack to the era of Studio 54. While her career may not have continued to be as “Hot Stuff” as it was at its height during the ‘70s, she continued to pack dance floors with hits such as “You’re So Beautiful,” “Love On & On” and “Stamp Your Feet” and worked with remix heavyweights like Tony Moran, Hex Hector and Rosabel, who helped craft a completely new sound for the disco queen. She virtually morphed from disco diva to dance music icon before our eyes.

While her death last week at 63 may have silenced her voice, her immense catalog of music and countless memories of her legion of fans will no doubt carry on her legacy. Here, a number of celebrity collaborators, friends and fans spoke with me about their favorite memories; some of them couldn’t help but include their favorite track as well. A fitting tribute to someone gone too soon, but who we will continue to “Love On and On.”

Reza Farahan (cast member, Bravo’s “Shas Of Sunset”) – My favorite song of hers would have to be “No More Tears (Enough Is Enough).” She will live in our hearts and disco moves forever!

Saul Ruiz (DJ, producer, remixer) – “MacArthur Park” brings back so many Fire Island memories. Probably the song to one of the best summers of my life!

Inaya Day (recording artist) – Her rendition of “MacArthur Park” is my absolute favorite!

Cathy Giove (cast member, STYLE’s “Jerseylicious”) – My favorite song of hers was “Rumor Has It.” I loved all of her songs! To me, she was the “queen of disco”!

Moto Blanco (remixers/DJs/producers) – Too many songs to mention. “I Feel Love” was so groundbreaking, but “Heaven Knows” or “Hurts Just a Little” have a special place in my heart.

“The Real Billy S” (radio host, supporter of equality) – I saw Donna Summer live in 2007, and she was at the top of her game. My all-time favorite song is “Heaven Knows” and I LOVE “Enough Is Enough” with Barbra Streisand! She will be missed for sure.

Carolina Bermudez (Z100 morning co-host) – Donna Summer provided my brothers and sisters and I with an early soundtrack of our childhood.

Tracy DiMarco (star, “Jerseylicious”) – In sixth grade, my friends and I made up a dance to “Hot Stuff” for our school’s talent show and got third place!

Reina (dance diva) – She is the reason that I sing. She was the first artist that my mom let me hear. My favorite song was “On My Honor.”

Martha Wash (dance music icon) – I met Donna briefly many years ago; she was so nice to talk to. I never got to work with her. My favorite song of hers is definitely “Love to Love You Baby.”

Betty Wright (soul goddess) – My favorite Donna Summer song is “Forgive Me.” It encompasses who she is. The world sees a “disco diva”; I see my sister in Christ. I was blessed to have known her.

Orfeh (singer/songwriter/actress) – Donna Summer defined disco and had one of the richest voices of any decade. “On the Radio” will always be my favorite amongst favorites.

Ebong Eka (financial contributor, MSNBC, CNN) – “Last Dance” was always the last song played at dances. I have always been a Donna Summer fan, and her music made memories!

Melody Thomas Scott (actress, “Young & the Restless” star) – I can’t believe she’s gone. Nikki’s very first strip was done to “Love to Love You Baby.” I will never forget it.

Laidback Luke (DJ, producer, remixer) – “I Feel Love” and “Last Dance” have a special place in my heart. I’m sad we lost another legend.

Ultra Nate (dance music diva) – I met her once in an airport. What do you say when you’re face to face with someone you’ve idolized forever? You say thank you and I love you!

Chiffon Dior (drag diva) – “MacArthur Park” is definitely my favorite. Sadly, we have lost another legendary voice far too soon. I hope she is at peace.

Coco Peru (drag icon, actress) – “Last Dance” is one of the best songs ever. I taped it off the radio when I was a kid on my little tape recorder. I sat in my room waiting for the song to come on and when it finally did I pressed RECORD, and halfway through the song the phone started ringing. I thought my head was going to explode – “Someone pick up the fucking phone!” Still, I listened to that bad recording with a phone ringing halfway through it over and over, and I danced that last dance in my room, in my driveway, in the street, just about everywhere I carried that shitty tape recorder with me! And to this day I can still hear that phone ringing!

Kathy Najimy (actress) – My favorite memory of Donna Summer is dancing around wildly around the room to “Last Dance” at 2 a.m. in Basin Street – the first underage gay bar in South Dakota!

Sir Ari Gold (recording artist) – She was the original Disco Diva and I’m glad she realized how important her gay fans were to her career.

Danielle Monaro (Z100 morning co-host) – Everyone says she was so down to Earth! She was such a sweet and caring person.

DJ Brian Cua (DJ, remixer, producer) – My uncle used to make cassette copies of her albums when I was a kid; that’s how I got to love dance music in the first place. I love “Could It Be Magic.” I remember playing the cassette over and over again and was obsessed with the lush arrangement.

Tracey Bregman (actress, star, “The Young & the Restless”) – I loved her! Her voice will live on forever.

Jennifer Gilbert (owner of Save the Date, author) – Donna Summer was literally my childhood. I’d have to say “Turn Out the Lights” is my favorite track. Or maybe “On the Radio.” I loved them all!

Luke McKibben (Jersey boy, co-star, HGTV’s “Dina’s Party”) – Working in catering in college, my co-workers and I would be so happy when “Last Dance” would play. Time to clean up and go!

Catherine Ommanney (author, “Inbox Full,” “Real Housewives of D.C.” cast member) – I was so sad to hear the news. My favorite was “On the Radio.” I used to swing around dance floors to that song and loved it!

Adam Sank (comedian, New York City boy) – When I was a child in the ‘70s, disco was king. And then all the sudden, there was this backlash – the “Disco Sucks” movement, which was really about racism and homophobia, I think. But Donna Summer transcended that conflict. She was the disco singer that even disco-haters loved. When one of her songs came on the radio, everyone sang along.

Randy Bettis (DJ, producer, remixer) – I saw her at a concert in Illinois in 1978, and I would have to say it is still in the Top 5 of the most best concerts I’ve ever seen. Her voice was flawless, and her show was just a musical and costumed extravaganza! Although I loved most everything she did, my favorites weren’t even her biggest hits. If I had to narrow it down I would say my favorites were the “State of Independence” remix by DJ Dero, “Whenever There Is Love” (Junior Vasquez club mix) and the ballad “There Will Always Be a You” that appeared on her Bad Girls album. R.I.P. our golden-voiced disco angel!

Eddie Stone (adult film star) – My favorite memory is riding my bike through MacArthur Park in Los Angeles singing Donna Summer’s rendition of that song at the top of my lungs!

Sandra Bernhard (icon) – I wrote a song that Donna considered recording. We spoke about it and she was smart, professional and lovely.

Aiden Leslie (recording artist) – Donna Summer was not only an incredible voice, she was a musical technician. There are few that can match what she brought to pop music.

Shep Pettibone (music icon, Paradise nightclub owner) – When I got to my first disco, there I was surrounded by this woman having an orgasm for 17 minutes, pulsating on the dance floor. Who would have thought that this was the same powerful, angelic voice that would dominate the next decade, giving us the endless parade of hits, from “Bad Girls” to “On the Radio” to “Last Dance.” When I worked with Madonna, we always made reference to Donna when writing songs! She will be missed forever. 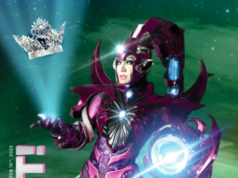 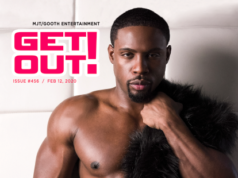 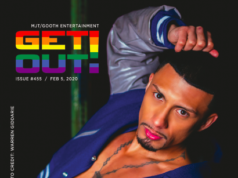