It was at the turn of the millennium, a very transitional time:  the end of the Giuliani mayoralty, the beginning of the George W. Bush administration.  It was five years after the debut of the cocktail drugs that would ignite a new devastating wave of HIV and AIDS throughout the gay community. And, of course, there was 9/11.

Through the tumult, It was a glorious time for nightlife in the city. New Yorkers celebrated life in a meaningful and powerful way when they went out to dance. They felt united, creative, and defiant.

One particular song resonated with crowds.  It was Jonathan Peters’ “To Be Able to Love”, sung by Jessica Folker.  It made its debut on the dance floors of Junior Vasquez’s Twilo and Peter Rauhofer’s Roxy, and when when DJs David Knapp and Manny Lehman began playing the song at circuit events across the country, it became an anthem for the gay community.

Fifteen years later, DJs Jeremy Blacklow and George Figares are bringing the song back with a fresh interpretation by Swishcraft Music that is guaranteed to resonate with today’s club crowd.  We spoke to Jeremy as he was preparing for his homecoming gig in New York this week.

What is it that makes you and George Figares such a match made in musical heaven?
George tends to produce and DJ with more of an after-hours, minimalist approach, and I tend to focus a lot more on big diva vocals.  When he and I meet in the middle, the results are really fantastic.

What inspired you guys to remake the circuit classic “To Be Able To Love”?
It’s one of our all-time favorite anthems. I started bringing it back into my sets regularly about two years ago.   It gets a huge reaction every time I play it.

Why do you think that is?
The song is about embarking on a new romance, but not emotionally strong enough yet because of the lingering damage from your last relationship. Most of us, myself definitely included, have been there and can identify with it.

Did you consider using original singer, Jessica Folker, for the remake?
We did talk early on about reaching out to Jessica, but we wanted to work with someone who could bring their own take to the track. It took us a long time to find Brenda Reed, but ultimately she was able to nail the heartache that’s needed to drive these vocals.
Brenda’s got a voice reminiscent of Kristine W, Erin Hamilton or Heather Small. And that’s a pretty magical thing to stumble upon!

What inspired you to become a DJ?
I fell in love with house music when I first moved in NYC. There was a period of five years when I’d be out almost every night to listen to Junior Vasquez, Victor Calderone, Peter Rauhofer, Danny Tenaglia and Danny Krivit.

It was a magical time in New York.
NYC is always changing and reinventing itself. It’s in the city’s DNA. I don’t think it makes sense to try to compare the NYC of today to that of 20 years ago, because it’s apples to oranges.

How would you describe the current state of the dance floor?
It’s a transitional time for electronic music, but I think we’re still in a golden age. It’s funny when I’m at a big festival like Coachella and I see thousands of people going crazy when the headliner drops Robin S or Crystal Waters, because it’s the music that our gay community first popularized 20 years ago.

DJ Blacklow and George Figares’ “To Be Able to Love” featuring Brenda Reed is available for preorder now on iTunes and will be available everywhere on October 21 through Swishcraft Music. 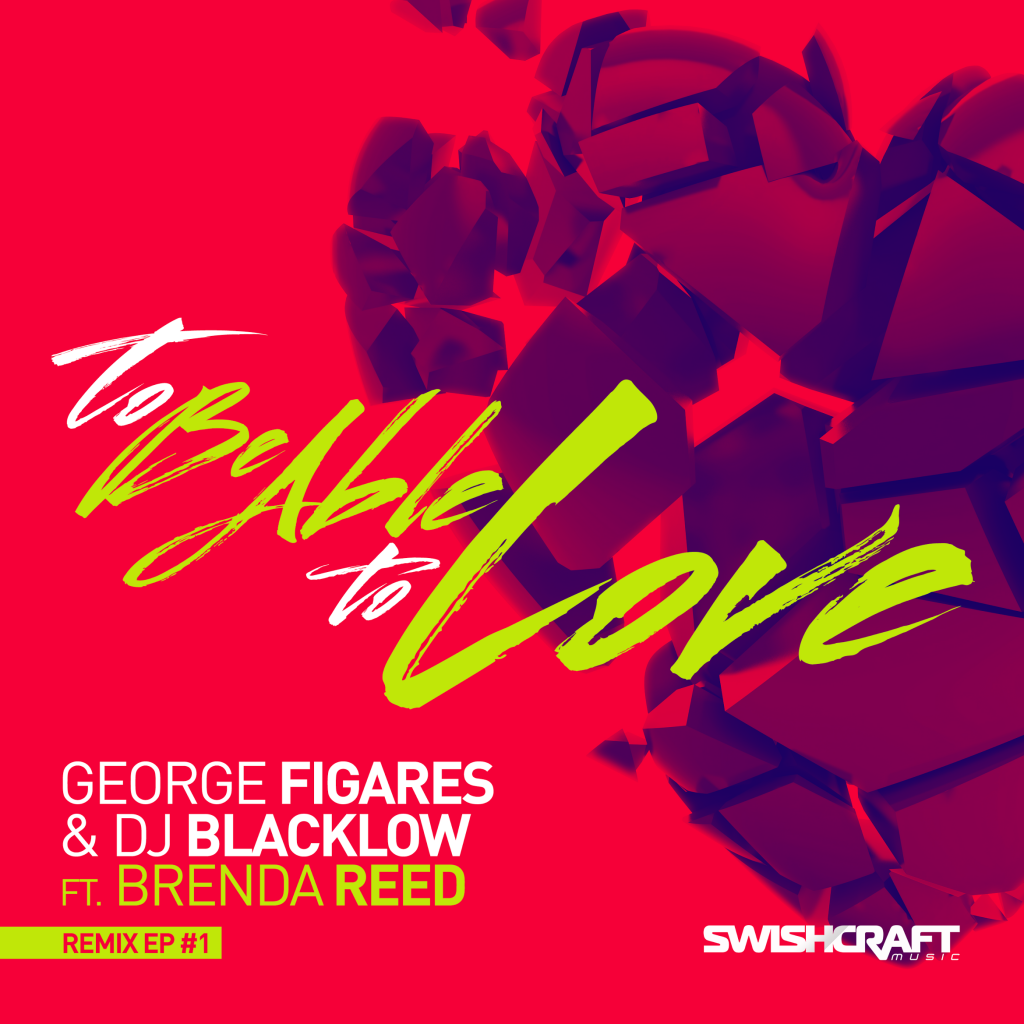