“American Idol” Season 7 finalist David Hernandez performed this past weekend at Long Island Pride. I found him to be very sensitive, intensely romantic, candid and very sweet after our conversation, covering almost everything important in life.

Hernandez is about to release his brand-new single “WTF” (there is a censored  version called “What You Do”), which is slated to come out next week.

So did you have fun doing Pride this past weekend?
It was a lot of fun doing Pride actually. It was really cool. Thank God there was no rain this time, because in El Paso and Milwaukee it rained every time I was on stage, so I guess I was bringing the gloom with me, but it was sunny. It was actually sticky and hot, but it was great. New Yorkers can party, so…

So what was life like after “Idol”?
Life after “Idol” has completely changed my life. Before I was unknown; people didn’t know me for my talents. “Idol” gave me the platform for 35 million viewers every week. It just kind of changed life. I was anonymous before, and now people know me everywhere I go. It was kind of a crazy thing to wrap your head around I guess. It’s different. It’s cool – a good different.
You are so talented, but you left kind of early.
I went home a little bit early. There’s a lot of speculation about why, but I’m just thankful that I was able to make it as far as I did, because I’ve still been working since that year. It changed my life. I’ve literally been on tour. I put out an album, then another album, “I Am Who I Am,” my original EP. It’s on iTunes now. I’ve still been touring that album. A new album is in the works now, so it’s been really cool.
Are you doing many Prides?
I do a lot of different festivals. I do Pride and anything my booking agent gets me. Anything that comes my way that allows me to showcase my original music and covers and singing stuff like that. As long as it has energy and vibe. I do a lot of different clubs in Vegas and New York. I was on tour for a while with a company called Ballroom With a Twist, which I am no longer on tour with anymore. But that was a good 4 1/2 years of my life that I toured with them.
Do you dance as well?
I am OK at dancing. I’m not the best. I can learn some choreography, but it takes me twice as long to learn than the average person.
Tell me something about you.
I was born in Phoenix, Ariz.  I was raised by a single mother. It was amazing. I got to really know my dad when I was about seven, when I moved with him. At that point I acquired a step brother and half-sister that’s my dad’s daughter, and a step mom. It also switched up my life a little bit at a young age, because when I move with my dad I had this whole extended family that I didn’t know existed prior.
That’s interesting.
Yeah. You know, my mom wasn’t a huge fan of that, the move, but it all worked out for the better anyway. I started singing in cover bands when I was 17. I wasn’t even old enough to get into the clubs. They would sneak me through the back door. I would sing, and then I had to leave immediately. Then around like 19 or 20 I started writing my original music when I was in college. I started singing in terrible venues, and then I boarded a cruise ship to sing in an a capella quartet when I was about 22. I did that for 6 months. Then after that I got off and literally went to audition for “American Idol,” and that was that. I had a record deal prior to that though. It kind of failed a little bit. The label was psychotic, and the lady that ran it was a total bitch. She got all my original music that I wrote for that entire album. So now I’m very cautious about contracts that I get into. I learned the hard way at a really young age that things could be really cutthroat.
It’s probably good that you learned young instead of waking up one day and realizing, “What did I do?”
Right, exactly. People don’t really see that aspect of the industry. You show up, and it’s lights, camera, action – but there is a lot that goes into it, a lot of shadiness. I’ve seen things that are really terrible. That’s why I think a lot of people don’t make it in this industry, because they don’t have the heart and determination to get through all that shit. The music really has to be a driving force, because the industry is certainly bad.
Besides touring, how do you make money with all those free downloads?
Well that’s true, you can legally download music, but I still get checks off my last album and single that I released. Even from Rhapsody and Spotify; they might be small portions, but they add up. We do still get checks, and that’s how we survive. Then the appearances and CD signings. The touring I’ve been doing since 2008. That all helps fund the next record.

When someone wins on “Idol,” besides Kelly Clarkson and Adam Lambert, I feel that you don’t hear much from them.  Why is that, do you think?
Well you hear of Carrie Underwood, Fantasia. I mean, why is that?
Yeah.
Obviously, all the people are super talented. Adam is super talented. David Cook won that year; he’s super talented. You might not have heard a whole lot from him lately. I could just chalk it up to whomever is behind them. All they could do is write and sing. They could only do so much, and then they have executives, the radio. The people that are pushing them, maybe they are not on the same page.
So you think it’s their team behind them?
Yes, I do think it has a lot to do with the team. Having a good, amazing team is so crucial. It literally can make or break you.  I would rather not have a whole team behind me, but only a small amount of people, so that I know what they are actually doing for me. I don’t know David’s situation or Adam’s situation, but from my experience, when I have bad people behind me, like that label I had a long time ago, it just doesn’t work.  Things just didn’t jive.
Where do you see yourself in 10 years?
Still making music. Hopefully supporting myself off of that. I would like to have a family. Maybe one kid is enough. I definitely am a romantic kind of person. I’ve been thinking about it a lot lately, because I’ve been dating, but it’s really hard when I’m constantly on the road. A lot of people are super insecure, especially when I’m constantly on the road. These people think to themselves, “Oh, I’m sure you’re sleeping with everyone.” And I’m not. I think things would fall off if I literally slept with everyone I talked to, but it’s hard to maintain a relationship, especially when jealousy gets in the way. Hopefully in 5 to 10 years I see myself with somebody, talking about a house together and that kind of stuff.
You have a good look. You’re talented. You’ll get there.
I mean, I hope the personal life fits in there somewhere.
So you aren’t dating anyone now?
I was, but it fell through because of that. Because of the insecurities. I just can’t be bothered.There is so much more to worry about in life than stupid shit like that. So we ended it, and now I’m just single as ever. I’m not a huge fan of being single. I like those intimate moments.

Aww.
We’ll see what happens.  For now I’m enjoying not having to answer to anybody. Those obligatory phone calls are no longer happening, so we’re good.
So is there anything else you want to say or promote?
The single is coming out really soon. It’s called “WTF.” 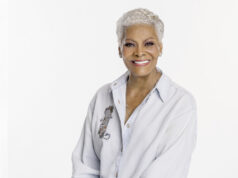 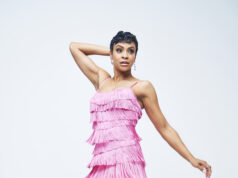