Opinionated is a word that does not begin to do Julie Goldman justice. With strong opinions on politics (her hit podcast with Brandy Howard, Dumb Gay Politics gives perspective on all things political with a heavy dash of hilarity and being an out lesbian comic in the brand new era we have entered, Goldman is the perfect person to hit the stage at Paradise on Saturday June 9th for another Twin Peaks event in support of women’s health. I caught up with Goldman as she took a break from the road where we chatted up the #MeToo movement, why straight women have it harder than anyone else in today’s culture, and why a Netflix special just may be in her future. 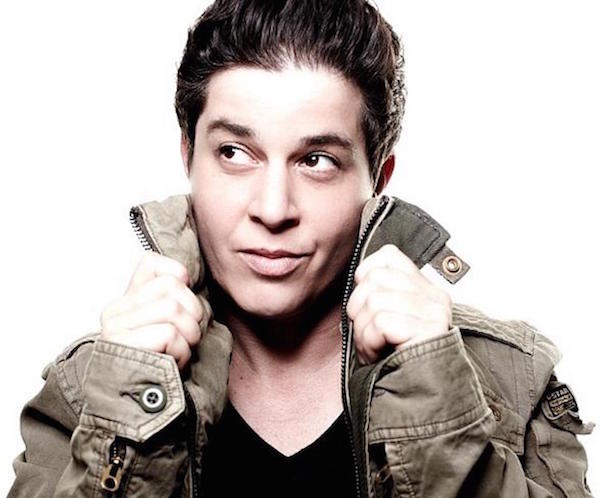 Yes they are, This one in particular because what Betty (Moore,organizer) is doing is so important. Obviously, every women’s event does not have a particular “cause” attached, but this one is particularly important. I love what she is doing, I love the whole mission, and especially now, it just feels that it is more important than ever since we are essentially living in “The Handmaid’s Tale”. I mean, who would have ever thought that we would still be talking about abortion? I think now these events are even more relevant.

Is it hard to get up on stage and keeping an audience captivated and laughing when around us, it’s almost like hell is busting open around us?
You know, I wonder if it’s actually easier? I don’t know, I am not sure what the answer is. Everyone is freaked out, that much I know. At least for me for example, I just did an Olivia trip that was in Cancun and I did a good amount of material about #TimesUp, #MeToo, Harvey Weinstein and things like that. They normally can’t handle things like that, but this is where we are at and they were really into it. I think in a way, feeling the energy of comedy is soothing in a way to people right now, at last it does to me. I feel a great sense of relief, more than ever, when I am doing. I am venting so much more and just don’t give a fuck, more than I ever have not given a fuck. That’s crazy for me also, since I have never had that many fucks to give. Right now though, I am like “bring it world”.

You get to get into the world of drag queens, RuPaul’s Drag Race and the World Of Wonder family when you go play with your old buddy Jonny McGovern when you guest regularly on Hot Tea. That must be so much fun to take a break from the stage and just have some good old fashioned fun.
It is fun, it’s super fun. Obviously, being around mostly gay men is also very soothing. And of course, Brandy (Howard) a gay man. (laughs). It has been so enlightening being around Brandy so much as well. For example, a lot of these women never even knew that there was a problem. Brandy is a woman that is beautiful , that is smart, and is straight. We would talk, way before #MeToo and she would tell me stories that shocked me. As this whole thing evolved, it is the stories and that shit that these women have to go through. Not even in the workplace, but just in a bar. I cannot even begin to deal with it. It really puts it into perspective for me as a gay person. I mean, everyone has a bag of rocks to carry. These women, straight women, in my opinion, have the heaviest bag. 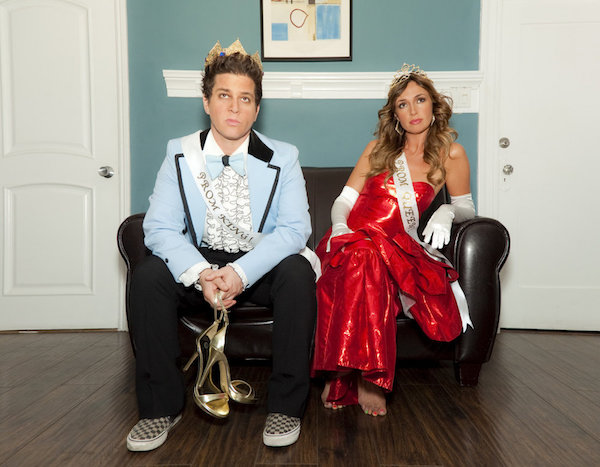 Is the #TimesUp and #MeToo movement something that you see happening in the lesbian community?
You know, I think that is going to be the next secret that is going to be revealed. I think that there are definitely predatory lesbians. I have seen it, but I have not experienced it. There are a few things that happen with lesbians, but I have seen some treat women worse than a straight man would treat them, and that is the most disappointing. Its like when my mother will see that a Jewish person killed someone in the news or something and she’ll say “oh and they’re jewish”. (laughs). That’s how it feels, it’s so disappointing; you are a woman what are you doing?! You should know better!

I spoke with Wanda Sykes and Sandra Bernhard both about their experiences on the recent Roseanne reboot and they had very distinct views on it. As you are a comedian not involved in the show, what do you think about out female comedians who worked on a show with someone who’s views were so out there?
I think the thing about Roseanne is that she is just so insane. I don’t even understand, but I don’t blame them; we all need to work. That show is pretty funny, and she is giving a platform for the other side. It’s good that they are there and they are showing the other side. It’s pretty well rounded. It sucks because Roseanne is funny and I don’t understand what happened to her.

When you get up on stage, do you see a shift in the crowds now that the culture has really changed in terms of what is or is not allowed” to be funny?
You know, I haven’t really. I have always been a social commentary person, so to me it is totally natural to be commenting and doing.

So it is probably good to sit down and do the Dumb Gay Politics podcast with Brandy Howard and really dive into some political craziness right?
Oh yes, it feels great. It’s so cathartic,we have a really great time. It is a lot of work and we have a ton of research we do. We are constantly reading and I never thought I would be that person; I’m over here watching the news and reading articles on Israel and Palestine; who am I?

What do you want to do next? You need to have a Netflix special!
I am working on it. I have new management and My goal is a Netflix special. Comedy Central is doing a lot more stand up now and I want to keep working on that also. I think I have paid my dues and I think it’s time for me! I have high hopes definitely. 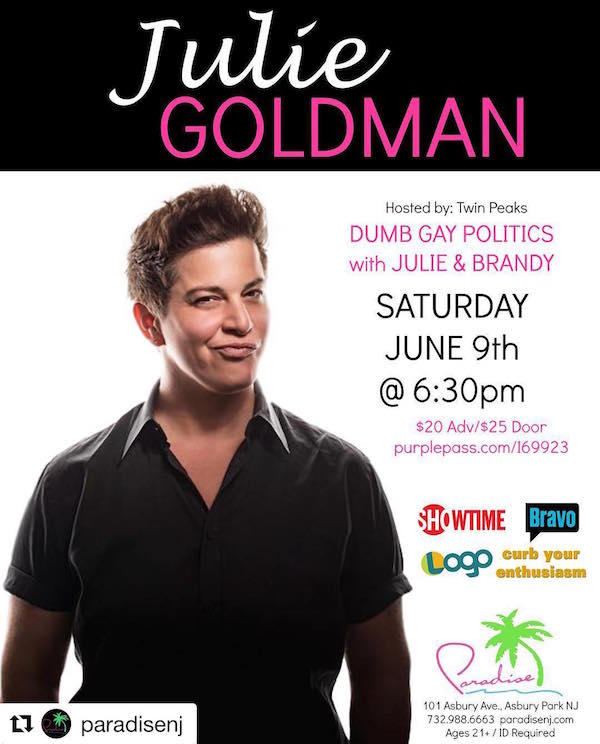