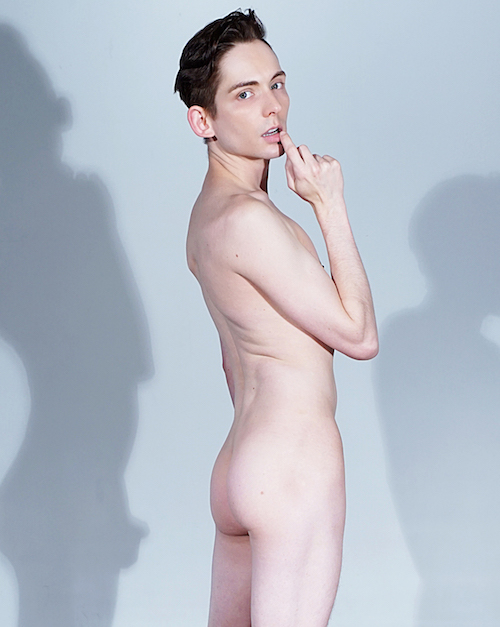 While at a house party one Friday night, I was introduced to a very cute boy.

He was adorable, really. Short, tiny, blonde, tan—you just wanted to put him in your Marc Jacobs weekender and take him with you to the Hamptons. We spent a lot of time talking at the party, and realized we both lived off the blue line—him 145th, me 181st.

Around 11 p.m., tipsy but not messes, we decided to get on the train together. I’m going to ask him to come home with me, I decided. Sure, sleeping with someone before going on an actual date often ruins the chance of a future—but here we are, now, and I couldn’t stop looking at the bulge in his tight khaki short-shorts.

“You’re really cute,” I told him, leaning in closer, hoping my breath didn’t smell too strongly of tequila.

I sat back upright. Did he just… did he just meow at me? No, he couldn’t have just meowed at me.

“Meow,” he said again as we stopped at 59th Street.

The train bustled ahead, running express to 125th. I didn’t know what to say.
“My ex-boyfriend used to say I was like a puppy,” he went on. I still didn’t know what to say. “A cute little puppy dog. He always called me that, even in public. Said I always followed him around like a puppy.” I nodded uneasily. “But fuck him. If I wanna be a cat, I’ll be a cat. Meow,” he added for effect.

I looked back down at his bulge, but I couldn’t get his meowing sound out of my head. I imaged some douchey finance type
fucking him doggy style, moaning that he was a good little puppy.
The thought made me queasy as the train lurched forward.

We stopped at 125th. I only had one more stop to convince him to stay on with me up to Washington Heights. I was about to open my mouth and say, “You should just come over to
my place,” when he opened his mouth and sang, “You’re more like a monkey. Want a banana?”

Nope. Nope nope nope nope nope. I imagined us in full
furry costumes, him a cat and me a monkey, trying to figure out how I was supposed to take my penis out of the front.

“I prefer strawberries?” was the only thing I could think to say.

I was beyond grateful when the door opened onto the 145th Street platform. “Well, see you later!” he said, skipping away.

I got home and went to bed, too phased to even jerk off. My cat Thomas jumped onto the bed and meowed for attention; I locked him outside of the bedroom for the night.