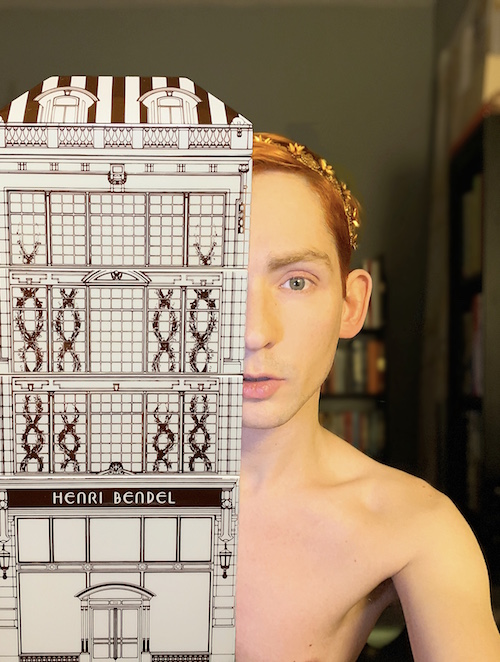 When I read the headline, I could have cried: Henri Bendel, the New York luxury retailer on Fifth Avenue, is going out of business.

My friend V broke the news, simply sending me an article from The New York Times about Bendel’s demise. They’ll be closing all of their stores—including, naturally, their Fifth Avenue Flagship—by mid-January.

V and I decided to make a few final shopping trips there, the most recent quest accompanied by my boyfriend, J. There’s something so special about Henri Bendel’s: not just the product on the shelves, but the shelves themselves.

We walked in through two large, gold-framed doors, matching many of the gold displays inside. To our left was a beautiful chandelier, dozens of lampshades done in Bendel’s iconic signature brown and white stripes. We ascended a grand spiral staircase to the second—now, top—floor. Before I moved to New York, one could shop all four floors of 712 Fifth Avenue. Now, the store is restricted to two sales floors—and soon, none at all.

The second floor was stocked mostly with clearance items. (Not that I’m sticking my nose up at that—I tried on a rose gold, floral metal headband that I couldn’t live without. Especially at 60% off.) Just past the sales floor, you can look over a banister at the first floor and up at the dark rooms of the third and fourth floor. Just in view, the third floor had a room with a beautiful glass chandelier. I wonder the last time someone was able to really marvel at it. I wonder if, when the third floor was open, many people noticed it at all.

My favorite part about Henri Bendel is the windows—designed by Rene Jules Lalique in 1912, they depict vines, covered in flowers, weaving in and out of each other up the front of the building. On the second floor, you can get right up next to them, really see

every unique detail. Steve Brennan, a photographer I work regularly with, once bought me a four-tiered jewelry box, painted with Henri Bendel’s façade—windows included.

Who else loves these windows? I wondered. How many people overlook the beautiful architecture for a semi-annual sale?

And, most importantly, what will happen to the building, and its windows, when Bendel’s finally and officially closes its doors?

Bendel’s is where I went to get J and I matching bracelets, when I knew we wanted Cartier Love Bracelets but couldn’t afford them. We still wear them almost every day—mine a silver bangle with gold screws on it, his a gold bangle with silver screws.

I watched J, wearing his gold Henri Bendel bangle, staring at the vines etched in glass. Everything changes: even New York staples fade away. Maybe nothing lasts forever.

Will J and I be able to build something so beautiful that it will never be torn down?

Then again, maybe the building will stay intact—despite whatever it becomes next. I hold onto hope.