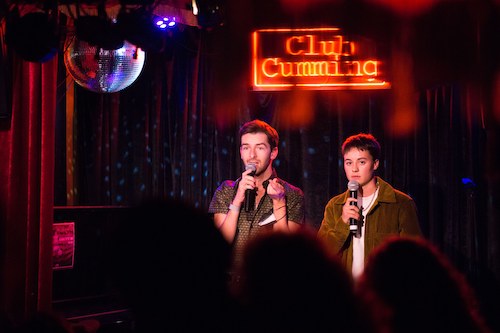 After selling out their very first show, they knew they had something special on their hands. “There are so many lineups in the city that are full of straight men and a token woman or POC or queer person, so we wanted a show in Manhattan where those identities and perspectives were the norm, not the exception,” says Carney. 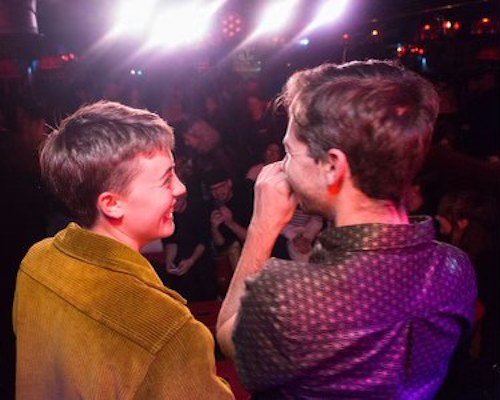 Janda moved to Brooklyn from Chicago in December 2020, and Carney moved from Savannah, Georgia in March 2021. They met on the comedy scene and bonded over being two queer people in rooms often dominated by heteronormativity. “In a room of almost all straight people, the first step as a queer comic is making yourself palatable and relatable. Once you do that, you can win people over, but it’s a hurdle unique to comics in the margins,” explains Janda. “I wanted a room where the word ‘versatile’ doesn’t need an explanation and poppers are not only understood but probably in the pockets of about half the audience members. That room is Boys’ Club.”
Make no mistake, though. This show may be subversive in lineup, but their goal is to do what all stand-up does: make people laugh. “Funny is funny,” says Janda. “We’re not trying to make some political statement. We just know so many hilarious people who don’t fit the mold of a traditional Manhattan stand-up comic, and we want to create a space that puts those people up in front of audiences.” Past guests of the show have included Comedy Cellar regulars and comics featured on Comedy Central. 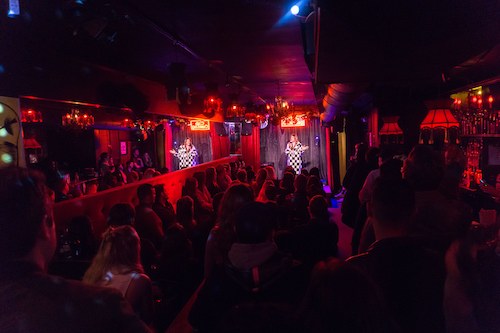