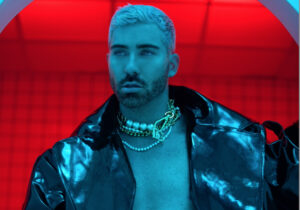 Bobby Newberry launched his music career as a choreographer for Eminem, Nicki Minaj, The Pussycat Dolls, and Missy Elliot.  In 2014, he released his first single and music video, “Dirrty Up (featuring Jessie and The Toy Boys).” It was soon followed by his debut EP, The Newberry Special.

This month he makes his triumphant return to the dance floor with “Blackout”, his latest let’s party, have fun, take shots of tequila, dance, laugh, make memories with friends, and have a wild night out that we will not forget record. Written by Newberry and produced in collaboration with th3ory, the single is the most dance driven house track the sexy pop singer has ever produced. It’s a hard-pounding, sultry ride that makes a prodigious flip at the end with a surprise half tempo vibe-changer. “It is so dope,” says Bobby. “I go back-and-forth with which part I like better, the beginning or the end. Hopefully the switch will make people want to play ‘Blackout’ again and again.”

“It’s definitely a song I can relate with,” Newberry continues, admitting that he’s experienced his share of blackouts.  “Especially when I’m in Miami.  It’s like I leave my off button at home. I want hang out and dance all night. I wake up with a big headache and no memory about how I got to wherever I am.”

“Blackout” follows Newberry’s previous releases “Escape,” “Freak” and “Ride”; songs that echoed his love of nightlife and taking parties from 0 to 100. It is the fourth single from his upcoming EP, releasing later this summer.

“I thank all of my supporters and fans for staying on this ride with me through the years and I really hope that they love ‘Blackout’ and the body of work on the next EP as much as I do.” 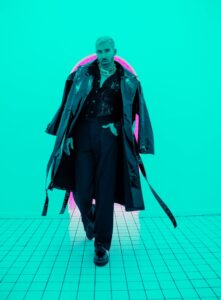 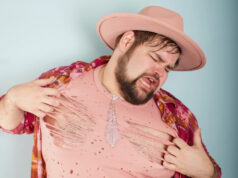