For over 20 years, Anthony Catanzaro balanced successful careers as a fitness model and stripper, while famously appearing on the covers of Playgirl, Men’s Fitness, and Men’s Exercise magazines.

It was when Anthony was crouched inside a gigantic cake, poised to jump out to surprise Betty White for her 91st birthday on live TV, that he noticed something was wrong. His normally limber body tightened up. He assumed it was an isolated incident, but two years later, the left side of his body had become so rigid that he finally sought the help of a doctor, who diagnosed him with early onset Parkinson’s disease.

In his new coffee table book, HEAT, featuring 165 pages of steamy photos, along with his original poems, Anthony Catanzaro reveals the many life lessons he has learned since receiving the diagnosis. 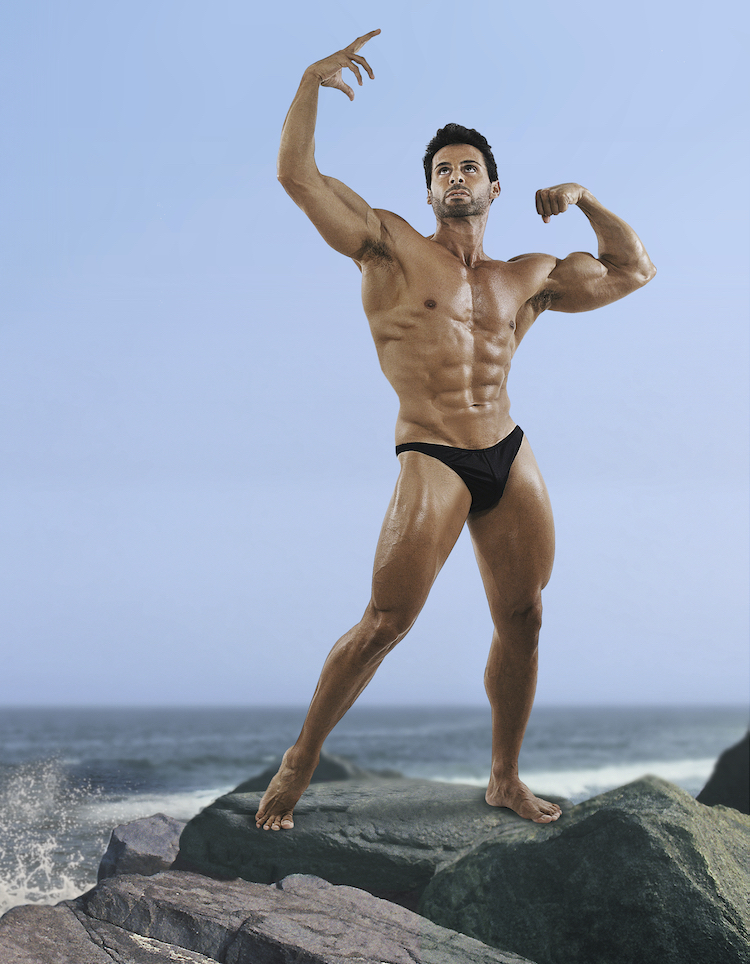 Take us back to the first inkling that something was wrong…when you were inside the cake and experienced your first muscle tightness.
The feeling was something I have never felt before. It felt like I had no control over my leg or the left side of my body.

Why did you wait two years before seeing a doctor?
I thought I was just overworked, overstressed and needed some time off, so I took a break, but when I returned to work, I was worse.

Did you know what Parkinson’s was when the doctor first gave you the news?
I was diagnosed at the age of 42. I didn’t really know anything about Parkinson’s and I didn’t know anyone who had it.

Was there a grieving period or a ‘Why me’ moment?
I was completely devastated and in denial. To be honest with you, to this day, I am still in denial. I think it’s a good thing because it allows me to have hope that I can beat this.

What is your plan of attack against Parkinson’s?
I knew from the beginning that drugs were not the answer for me, so I’ve tried natural healing. It consists of three parts: mental, physical and spiritual. I try to stay as positive as possible to maintain a hopeful future. It’s important to stay happy, to avoid depression and anxiety.

What’s been the biggest change since you received the diagnosis?
I’m a vegan now! I used to eat chicken every day. I have not had it in over three years! It helps tremendously because, with Parkinson’s, protein–especially animal protein–interferes with the absorption of medications.

Do you still get up on the stripper pole or pose for photos every now and then?
Parkinson’s is a very tough disease to battle. It isn’t something you can pull out or remove with surgery. The disease is deep inside the brain and it’s all because of a lack of dopamine. Still, I love what I do and nothing is going to stop me from living my life.

What is it that you love most about male fitness modeling?
All of my life, I have worked very hard on my physique, and I love showing off my work.

Did nudity always come easy for you?
I’m very comfortable being nude. Some of my best photos are without any clothes on. That is why Playgirl requested to shoot with me three times! 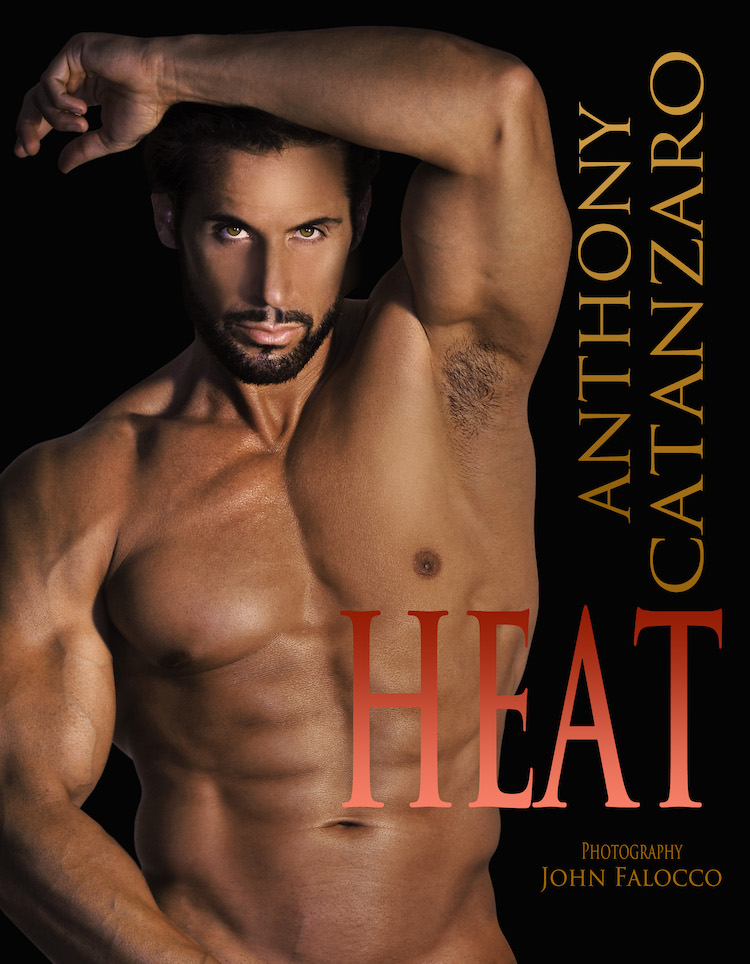 Were you aware of the huge gay following you had accrued from your Playgirl and Men’s Exercise covers?
Yes, of course! I have some fans that have been with me from the very start of my career and I love and respect them all. I am happy that I am still able to give them something to admire.

We learn from our obstacles. What have you learned from your battle with Parkinson’s?
That I am very strong, not only physically, but mentally and spiritually. I have also learned to appreciate the fact that when a person is healthy, they can come and go as they please, but when stricken with a disease, it’s very hard to plan anything and you’re left with an uncertainty as to whether you’ll be able to make it to an event or not. This becomes very frustrating because all you want to do is be free, but Parkinson’s steals that freedom away.

Is this new insight your reason for creating HEAT? What do you hope readers take away from the photos and poems?
I’ve always been a writer and I love to pour my heart out, so creating HEAT felt very natural for me. If readers can take anything away from the book, I hope it is that we are all one. We are all born unique and we must never let anyone change who we are. In order to be true to others, you must first be true to yourself.

HEAT is $49.99 and available exclusively at TonyCatanzaro.com. The book comes with a personally autographed 12×18 poster. 100% of proceeds benefit Anthony’s battle with Parkinson’s. 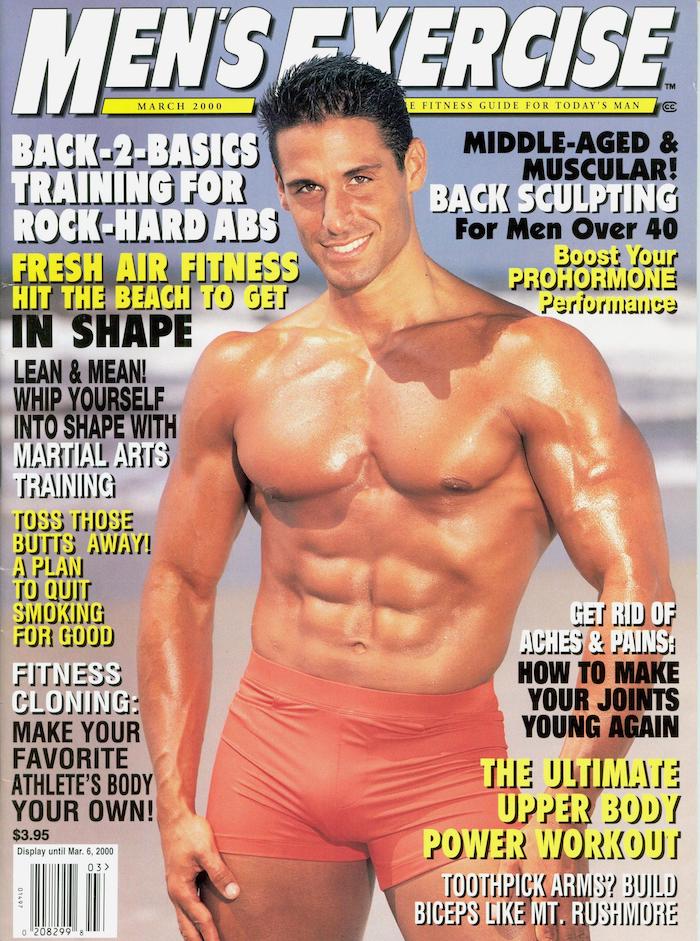