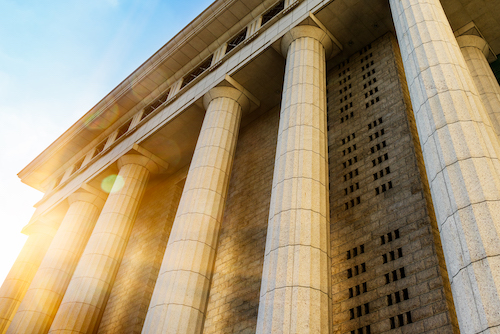 “Today the highest court in our land struck a blow for fairness, justice and equality at work by ruling that existing civil rights law protects working people from discrimination on the basis of sexual orientation and gender identity. In ruling by a margin of 6 – 3 that Title VII of the Civil Rights Act of 1964 prohibits discrimination against LGBTQ+ people, the U.S. Supreme Court granted LGBTQ+ workers the protections everyone deserves against unfair treatment in the workplace.

“While it is disturbing that three justices on our highest court chose a narrow interpretation of Title VII that would exclude protections against discrimination on the basis of sexual orientation, as the Trump administration argued, this is a decisive ruling that will make America’s workplaces more fair and equitable. No longer in about half our states will employers be allowed to fire or discriminate against workers for being lesbian, gay, bisexual, transgender or queer.

“This is a good day for justice on the job in the United States. America’s moms cheer today’s ruling — but we also recognize that there is more work to do to root out discrimination. We demand that the U.S. Senate pass The Equality Act, which the U.S House of Representatives passed in May of 2019, so LGBTQ+ people will finally be fully protected against discrimination in education, health, housing, and in public accommodations.”