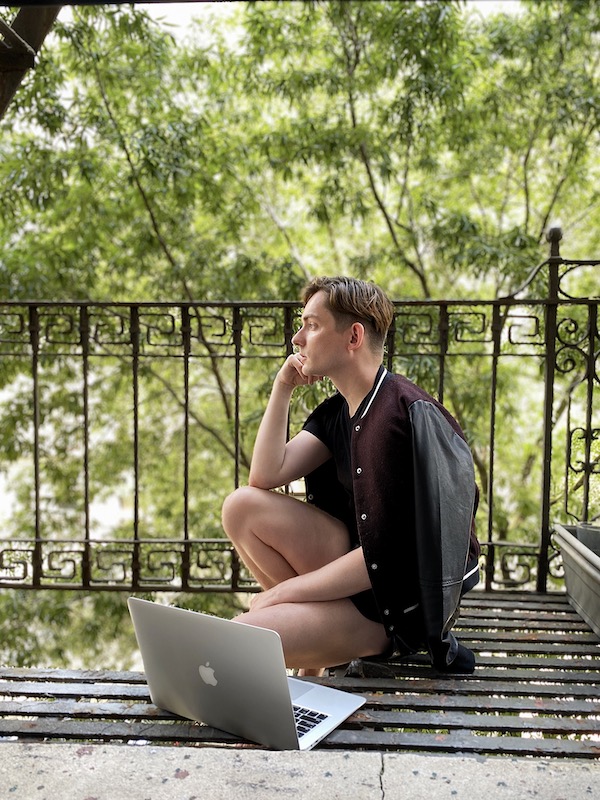 May 25th was the day that George Floyd was murdered.

The video, captured by 17-year-old Darnella Frazier, quickly went viral, and the world watched. Police pinned him to the ground while arresting him for an alleged fake $20 bill: you can hear him say “I can’t breathe” repeatedly, and then he didn’t say anything ever again. The next day, the protests began.

We all watched Minneapolis protest that night. I called a friend of mine who had recently lost her job at the Guthrie Theater due to Covid-19, applying to work at Target to make ends meet. After a Target was broken into and destroyed, her location temporarily shut down and she was without work again.

“I’m going to Iowa to stay with my family for a while,” she told me. “The National Guard is parked just down the street from my apartment.” The National Guard had mobilized in Minnesota on May 28, just three days after George Floyd died.

When the protests made their way to New York City, my roommate and boyfriend were ready to hit the streets. I’m not proud of this, but I have to admit that I was tentative about going.

I’d seen the videos of protests—online, that is. The news didn’t seem to be showing a lot of what I was seeing online. If you have the Internet, you’ve seen them—clips of police pulling down a man’s mask to pepper spray him; police pushing an elderly man to the ground and leaving him as he bled from the ear; a police car driving into a group of protestors. That video actually did make the news—I watched it on every station, the police car driving up to a barrier of protestors, and then….the clip stopped. Not a single news station showed the whole clip, not a single news station showed the car driving into protestors. The clip of the elderly man did end up making the news, too—perhaps, I wondered, because it was a white man who was the victim.

The day came when my roommate said, “Okay, let’s go.” I helped my boyfriend pack a backpack with a first aid kit, sunscreen, extra face masks, and lots of water. It wasn’t until he was tying his shoes that I stood up and said, “Wait, I’m coming too.”

I was still afraid of everything, but not enough to stop me from standing up for what I felt was right: justice for George Floyd, holding the police accountable for their actions, and fixing the systematic racism that has existed forever.

How many times had something similar happened, but no one was taping? How many times had this happened and it was taped, but just didn’t go viral? George Floyd wasn’t the only name on our lips: Sandra Bland, Breonna Taylor, Elijah McClain. The list of names doesn’t end, it goes on. And on. And on.

We walked down to Harlem, 125th Street, where protestors gathered and stepped off on the hour. My roommate, boyfriend and I stayed close together and waited for the hour to strike.

Once we were marching through the streets, I started to relax. Every single person marching was wearing a mask–though, when we marched past the precinct on Frederick Douglass Boulevard, not a single police officer had one on. In the protests I’ve attended since, I’ve never seen anyone from the NYPD wearing a mask. They won’t cover their noses and mouths—only their badge numbers.

Before we agreed to head home, an elderly African American man came up to me and said, “Thank you for being here.” I nodded, but I was upset at myself for not showing up until that day.

Another confession that I’m not proud of: This was the first protest I’d ever attended. While I supported many other protests, I’d never actually shown up. I’d never pushed myself to make a difference further than a Facebook post or popular hashtag.

It’s funny the things we remember from our childhood, the things that stick with us. I remember car rides with my dad, who got me on the weekends after my parent’s divorce. It was an hour drive from my mom’s house in Knoxville to his house in Norwalk, and we’d listen to music the whole ride.

My dad has a very eclectic taste in music. One day, when I was seven or eight, we listened to Tracy Chapman, an artist I wouldn’t appreciate until I was in high school. I remember looking at the album cover and saying, “She looks like a boy.”

My dad stopped the car and looked me right in the eye. “Tracy Chapman is a beautiful woman and musician,” he said. “I won’t listen to any of that.” We were silent the rest of the way, and I knew I’d fucked up.

That memory came to me while marching. Was my dad upset because it sounded like I was being a bully, or did it go deeper than that? Did he hear racism, something he and my mom both taught me against my entire life? A racism I learned from elsewhere, a racism I didn’t know existed in me?

In high school, I listened to Tracy’s “Give Me One Reason” and “Fast Car” on repeat. Now, I listen to everything, like “Talkin’ ‘Bout A Revolution” and “Telling Stories” and “Bang Bang Bang.”

“Thank you for being here,” the elderly man said to me. I want to remember that, to let it serve as a reminder to keep showing up.